The NBA season has significantly changed since its inception in 1964. Every decade had its unique play style that dominated. Since the early days, the NBA has gone from men playing around with a ball to one of the most-viewed sports in the world. It supports many brands, from online sport betting to shoes and apparel.

Kobe “The Black Mamba” Bryant was an all-time excellent scorer with an instinct that made his opposition dread him. He got his nickname from being as lethal as a poisonous black mamba on the floor.  Bryant remains known as one of the most cold-blooded shooters of all time, having made 17 game-winning baskets in his career and another seven game-tying shots that resulted in OT triumphs.

Hakeem “The Dream” Olajuwon is widely regarded as one of the best defensive players in NBA history. He was a tremendous rebounder who was unrivalled on defense. Olajuwon twice led the league in rebounding and three times led the league in blocked shots. He still leads the NBA all-time chart for blocked shots by more than 500, with 3,830. As a result of this extraordinary performance, he was named Defensive Player of the Year twice.

Bill Russell now holds the record for most NBA titles with 11. He only missed the mark for a title in two of his 13 NBA seasons. Russell won at other levels, including the NCAA title. While the NBA didn’t start tracking blocks until the 1970s, Russell is regarded by most as one of the best shot blockers of all time. According to numerous press sources, Russell has blocked as many as 17 shots in a single game, often recording triple-doubles in terms of points, rebounds, and blocks!

“The Big Fundamental,” Tim Duncan is the most dominant power forward in NBA history. The San Antonio Spurs drafted him in 1997, and he spent his whole 19-year career with the Spurs. Duncan was never a flashy player, but he was highly efficient on offense and defense. Duncan was able to spearhead a dynasty that lasted roughly two decades under the direction of coach Gregg Popovich. He outplayed outstanding players like LeBron James twice, Ben Wallace, Jason Kidd, and others to win five championships.

Earvin “Magic” Johnson Jr. was a cornerstone of the NBA in the 1980s. The Los Angeles Lakers selected him in the 1979 draft. Magic received the Rookie of the Year title as well as the NBA championship the same year he was chosen. That year, he was also named Finals MVP. His duty as a point guard was to lead the offense, and he did it admirably, leading the league in assists four times throughout his career.

The Boston Celtics selected Bird in the 1978 NBA Draft. For the Celtics’ entire 13-year career, he started at small forward and power forward. Bird was exceptional in all parts of the game, especially shooting the ball, but he was also good defensively and in his passing game. Bird was the first player in the history of the NBA to score 50% on field goals, 40% on three-point attempts, and 90% on free throws in a single season. He did it twice during his career. He also won three straight three-point shooting competitions. He’d even practice three-pointers with his eyes closed.

Shaquille “Shaq” O’Neal is the most dominating NBA player in history. He was a center for the Orlando Magic, the Los Angeles Lakers, the Miami Heat, the Phoenix Suns, the Cleveland Cavaliers, and the Boston Celtics. He was 7’1″ tall and weighed roughly 325 pounds. Despite his colossal stature and power, Shaq was much more than an unstoppable force. He was a highly athletic player who could find his way in and out of lanes to score and collect rebounds. He memorably went one-on-one with Michael Jordan and crossed him on his way to the hoop.

Since he first walked onto a court, Kareem has been a dominant basketball player. Kareem won 71 consecutive games in high school. He went on to win three straight NCAA titles after joining UCLA, receiving Tournament MVP in all three years, a record that still stands today.

Michael Jordan at number two is sacrilege. His “Airness” resurrected basketball when its ratings were at an all-time low. He was better promoted than anybody else, elevating the Jordan brand to new heights. Basketball is linked with Jordan. When most people consider the sport, they think of Jordan.

Jordan was a godlike attacking player who was also an excellent defender. Jordan earned an all-defensive pick nine times and led the league in three steals! He also twice led the postseason in steals and ten times in scoring. Jordan was an unstoppable force in the league for most of his career, despite retiring twice.

The best player of all time is LeBron James. He has dominated the NBA since his debut at 18, just out of high school. When James first entered the NBA, he was regarded as “The Chosen One,” who would succeed Jordan as the most outstanding player. LeBron has accomplished feats that no other player has accomplished before him. He took a decrepit Cleveland Cavaliers team to the Finals in 2007. He’s won titles against not one but two of the league’s greatest dynasties, the San Antonio Spurs and the Golden State Warriors. He also delivered a championship to Cleveland, which had been without one for 52 years.

The NBA Hall of fame is dense with phenomenal players dating back to the inception of the game, but now it’s time for a new generation to earn their place on this list. Will up-and-coming players such as Evan Mobley and Josh Giddy have what it takes to take a seat at the table of the greats? 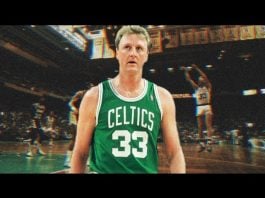