In the video below, the former NBA sharpshooter JJ Redick talks about the NBA playoff series between the Golden State Warriors and the Denver Nuggets featuring Stephen Curry, Klay Thompson, Draymond Green, and Nikola Jokic.

JJ Redick, who also works as an NBA analyst for ESPN, explains why the Warriors combo guard Jordan Poole might wind up being the most important player:

Meanwhile, Jordan Poole goes off for 30 points (5 3PT) in his playoff debut, leading all scorers in the Golden State Warriors’ 123-107 victory against the Nikola Jokic-led Denver Nuggets on Saturday night. The Warriors are up 1-0 vs. the Nuggets. 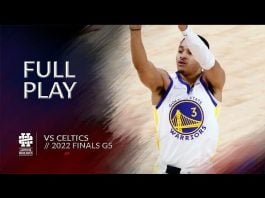 Jordan Poole has only nice things to say about Boston after...