Lakers superstar LeBron James can now focus more on watching basketball since the season has ended for his team. Recently the four-time NBA champion watched the WNBA Draft and observed something that confused him.

It caught his attention that the players that are drafted to the WNBA have to play for four year in college before they become eligible. LeBron was confused as to why that is the case.

“I’m sitting here after watching the WNBA draft the other day and wondering WHY THE HELL do those young ladies have to stay in school for 4 years before being able to go pro??!!! I’m CONFUSED,” James tweeted.

LeBron was correct with his observation. Indeed, the WNBA Draft rules require NCAA players to be graduating seniors of turning 22-years-old in the draft year.

“All NCAA players who are graduating seniors or turning twenty-two years old in 2022 are eligible to renounce any remaining NCAA eligibility (including extra eligibility granted by the NCAA due to the pandemic) in order to opt in to the 2022 WNBA Draft,” the official WNBA Draft rules say. 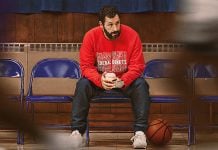