Here’s some top postgame quotes from Cleveland, as All Star Weekend wrapped up on February 20th.

Stephen Curry on turning boos into cheers with his electric performance in Cleveland:

“I didn’t hear the cheers. (Laughing) No, obviously, I have a lot of history in this building, won a lot of games, lost a lot of games, everywhere in between. It, obviously, means there’s history here, and the fans I think appreciate it, but it comes out in the form of boos, and I enjoy it because it’s not the first time, not the last time. And it takes some energy to boo, so you got to care a lot to do that. I tried to channel that into the performance tonight and just have fun with it. I got hot early and kept it going, and tried to put on a little bit of a show. The joy started to come out, and hopefully everybody appreciated it.”

“First of all, well, I mean, Steph, come on, man. This guy is from a different planet. He literally has an automatic sniper connected to his arm, and when he lets it go, not only himself, but everybody on the floor, in the stands, on TV, on their phones, whatever you are watching on, you think it’s going in every time. Nine times out of ten and sometimes ten times out of ten it does go in. To be out there and watch that kid from Akron as well shoot the ball the way he shot it, it was unbelievable. It was pretty cool.”

“I’ve never met Michael Jordan before. I saw him one time in Charlotte while we were playing a game, but I’ve never had the chance to introduce myself to him. I asked if he was here. They told me he was not here at first, but then I saw him when he came out and I was kind of in shock. Arguably the best player to ever play the game. Man, it was crazy. I just went up there to introduce myself to him. I was kind of surprised he knew who I was. I’m joking. It was fun to just get to shake his hand and talk to him for five seconds. It was fun.”

“Yeah, it’s crazy, actually. You look back at my first year after the surgery. Obviously, I lost my brother at that time, too. Going back to Cameroon, I really wanted to stop playing basketball and really retire because at that point you just had surgery, and everybody is talking about you’re not going to make it or you’re never going to play in the league, and, obviously, the loss of my brother was big. I wanted to give up. I almost did. It was hard. Then the second year you’ve got to get another surgery. Basically, you miss two years in a row, and all these stories are coming out every single day. Oh, Joel is whatever, 300 pounds, and the media is always talking down on you. It was tough. I had to go through a lot. It was very tough, but I’m glad I just kept pushing through with the help of everybody around me, but I’m just glad. I’m happy to be here.”

“Just my family, my daughter. I feel like they’re my biggest motivation. I wake up and put in the work to do what I do out there on the floor, so they won’t have to worry about working at all. As far as the high school coming out, no stars to being an All-Star, just started with me just believing in myself, having that confidence in myself that I’m good enough. Obviously, I had to put in the work as well and just was patient. I just told myself that it will come. Just keep being me, keep doing what I’ve been doing.”

Devin Booker discusses Chris Paul being out with a right thumb injury for 6-8 weeks:

“I would rather have him in. We have to figure it out. Everybody has to give a little bit more. I look at the beauty in it. He gets to rest his legs. He gets to get ready for a long postseason that we’re trying to make happen. So we got to hold it down without him. We got to hold the fort down. I’m sure coach is already coming up with some game plans and schemes to make it work without him out there.”

Luka Doncic on getting to be with Dirk Nowitzki and Jason Kidd for the All Star Game & 75th Anniversary Team Ceremony:

“It’s great. We represent Dallas. Obviously, Dirk is the one that most represents Dallas, but it’s great to have those two guys with me.”

Darius Garland on what it means to be named an All Star:

“It means a lot. I’ve been dreaming about this all my life. So just having it at the age of 22, being so early, being so young, it’s super cool being here with all the greats. To even touch a basketball and just experience everything, it was really cool.”

Jarrett Allen talks about his big block on Joel Embiid in the 4th quarter:

“He dunked on me a couple of games ago, so I couldn’t let him get me twice. That part was a little personal, and at the end of the game we all were playing hard. You could just tell the intensity of the whole All-Star Game picked up, and I was just doing my job playing defense, trying to get the team some stops.”

“He surprised me in the best possible way. As a person. As a man. As a coach. If I’m going to take one thing from this All Star, it’s going to be Monty Williams.”

DeMar DeRozan talks about the importance of Chicago’s remaining games:

“What position do we want to put ourselves in? That’s the next challenge for us. We got an opportunity to get back healthy, get some guys back, and have an opportunity.”

LaMelo Ball has funny response after finding out Michael Jordan showed up to Cleveland:

“That’s a great man, a great father, and a great basketball player. His resume speaks for itself. It’s just crazy where I’m at today, and I know I got a long way to go and I’m just excited to see that road, that journey, and I appreciate him. That’s a guy who always gives me a big and meaningful hug that’s full of love and support. I’m thankful for him and I appreciate him.”

Andrew Wiggins is thankful he got to play on Team Durant with former T-Wolves teammates Karl-Anthony Towns & Zach LaVine:

“I just wanted to represent and show some type of support. When I was a kid, I used to go to a lot of SC State games. When I was a kid playing football and basketball, I went to some of their camps. I have a love for those schools. I know they have the same love and aspirations as we do here now. Just to go out there and support, and watch a great game and some talented kids play, it was a fun day for me.”

“I kind of felt like I didn’t even belong in that picture with all that they’ve accomplished and what they mean to the game, and especially to the Celtics. That was my first time meeting Parish, and I know the other guys pretty well, but being in that picture with them was special. That was something I will frame, and a moment I’ll always remember.”

Zach LaVine talks about himself and other All Stars wanting to one day make the NBA’s 100th Anniversary Team:

“I think a lot of us have those aspirations. Now, it’s going to take a lot of hard work and dedication. Obviously, if you want to see yourself there, you have to go after it.”

Karl-Anthony Towns is extremely focused on getting Minnesota to the playoffs:

“My focus this whole weekend has always been about the playoffs. I always said, it’s an amazing honor to be able to represent my organization and teammates here, but the real goal and the real vision I have is us in the playoffs and winning big. It’s great to come here, get a break, be able to showcase my skills and represent my teammates and my organization, but real recognition comes from going out there and winning games when it matters most.”

Fred VanVleet on what the Raptors need after All Star break:

“Probably just health, staying healthy. Get some continuity. I think building the team the way we built it up, I think there’s probably got to be a shift towards more playoff basketball as we get to the tail end of the season and what that will look like. So, we’ll get to some more packages, coach is pretty good with having a game plan to the season. You would like to start sharpening it up when the end of March and early April comes.”

Monty Williams on his relationship with Chris Paul:

“He and I talk a lot. Whether it’s text messages early in the morning or after games. Chris is not just a leader, he’s a caretaker.”

Erik Spoelstra believes the 2022 NBA All Star Game was a huge success:

“It was a great show. It was an electrifying crowd. It was an amazing night for this association. This one felt a whole lot different than in 2013, and that was incredible. But just the legacies and star power in the crowd. It was somewhat distracting. I just felt like a fan. I just wanted to keep spotting different guys. That part was a lot of fun.” 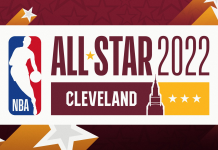 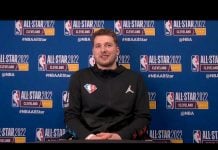 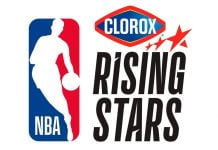