Cleveland Cavaliers started the season strong, being at a playoff spot after 33 games. The Cavs build their strong season so far on defense, while Darius Garland, Jarrett Allen are having breakout seasons.

Cleveland has reached the fourth seed in the East with a 19-13 record, without last season’s top scorer Collin Sexton, who was sidelined with a season-ending injury.

In recent podcast, HoopsHype’s Michael Scotto and Cavaliers beat writer Chris Fedor discussed the future of Collin Sexton, who will be a restricted free agent after the end of the season.

“Part of the reason why the Cavaliers in the Collin Sexton discussions went the way they did is, from the very beginning, they were looking at it saying, “We’re okay if this goes into restricted free agency.” Restricted free agency is built in to protect us from making a decision that’s not in the best interest of the organization financially. Members of the organization that I talked to leading into those conversations were able to rattle off the teams with projected cap space for this coming summer like it was their own phone number. There were like four. It could’ve grown to six.

Sexton was limited to 11 games due to a torn meniscus. The explosive guard underwent a knee surgery to repair his meniscus and he will miss the rest of the season.

The Cavaliers will need to make a decision on Sexton even though, both sides discussed a potential extension earlier in the season. Cleveland could not offer what Sexton demanded, and the negotiation fell through. 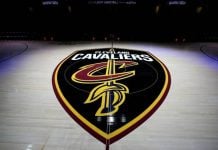