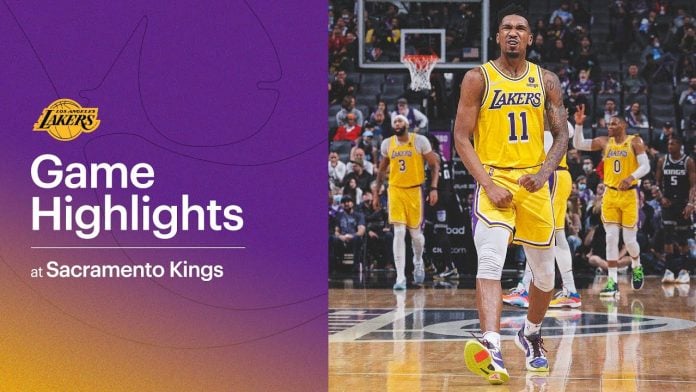 Robert Horry, who won three of his seven championships as a Laker, was asked what impressed him the most from his former team in the second half in the Kings game.

“The fact that they came together and they had all these mistakes in the first half and they rectified them,” Horry said on Spectrum SportsNet. “That’s what great teams do, that’s what good teams do. They look at the first half, they say ‘Oh we need to make some adjustments.’

“They made some great adjustments. Adjustment number one to me was Dwight Howard playing big minutes — 35 minutes — and Malik Monk staying hot. If you remember, at the half he hit that three from half court and that just lit a fire under him.”