Rival betting giants Entain and Draftkings have set the market alight in recent weeks with persistent talk of a merger deal. Draftkings only has until 19th October to make a firm bid, but they’ve already made a tentative proposal which Entain CEO has said they will consider.

The betting industry is rife with gambling firms looking to snap up the opposition, a move that allows them to eliminate their main competition and gobble up more profits. However, a deal between Draftkings and Entain would be huge, offering vast opportunities to move further into the US and over the border to Canada.

A Deal Waiting to Be Done

Entain’s phenomenal success in international betting markets has made them attractive for many other gambling companies.

In January, Entain declined a bid from its strategic partner MGM, a move that put the joint operation on shaky ground for a while. They’ve since bounced back, but this time it’s Draftkings who have stepped in with an offer – and it’s one which is more than double what MGM bid.

There are no guarantees that Entain will accept the Draftkings proposal. Entain controls several huge brands, such as PartyCasino, which is already established in some American states and having just launched a Sportsbook; thus making the group a giant in the industry who enjoys sustained growth and success.

The CEO of Entain Jette Nygaard-Andersen has promised that the board would give any bid from Draftkings full consideration – but that doesn’t mean that it will be accepted. However, the MGM bid was flatly refused immediately, so the Draftkings bid already seems to have been received more favourably.

The partnership between MGM and Entain could present a stumbling block to the deal with Draftkings. Entain and MGM have a joint venture known as BetMGM, which has enjoyed phenomenal success since its launch in the US.

Entain must seek MGM’s consent if it wants to merge with Draftkings, a condition which was written into their agreement. Given the fact that their joint venture, BetMGM, is experiencing such rapid growth, there’s a good chance that MGM will seek to gain an advantage from the merger.

While it’s undoubtedly true that MGM could veto the merger, experts believe it’s far more likely that they’ll ask for complete control of BetMGM as a condition for their approval. The rocketing success of BetMGM is one of the reasons MGM bid for Entain in January, so they’re unlikely to miss this new opportunity.

Draftkings is the second-largest sportsbook in the US, but Entain has an international presence. Entain also has cutting edge technology that it developed in-house, which could prove to be a massive advantage as they seek to continue to expand and grow.

The combination of Entain’s tech know-how and Draftkings’ appetite in the sports betting market could be a recipe for extraordinary success. Sports betting still has a very long way to go before it reaches its full potential, but the combination of their strengths means that the Entain/Draftkings partnership could bring out the best in the two gambling firms. 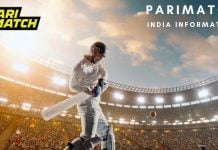 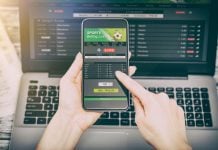 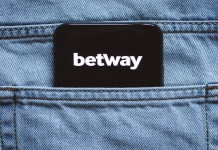