New York Knicks big man Nerlens Noel is involved in a legal battle with Klutch Sports and Rich Paul, who is one of the most powerful agents in the NBA today.

Paul has allegedly prevented Noel from negotiating with several teams during the past offseasons. According to Ian Begley of SportsNet New York, Paul allegedly did not return calls from three teams.

“The complaint claims that the Houston Rockets, Los Angeles Lakers and Philadelphia 76ers had interest in signing Noel as a free agent in recent offseasons. But Noel, allegedly, was unaware of the interest because Paul didn’t return calls from those teams. The suit alleges that former Sixers coach Brett Brown informed Noel of Philadelphia’s interest,” Begley wrote.

Noel claims he lost $58 million in potential salary. He hired Paul as his representative in 2017. Noel’s former agent, Happy Walters, claims Paul induced Noel to reject a $70 million offer from the Dallas Mavericks in 2017.

The Knicks’ center terminated his relationship with Walters and decided to sign with Paul in August 2017. He, then, accepted the Mavs’ qualifying offer for 2017-18. It is unknown if the Mavs’ offer to Noel was still on the table when he signed with Klutch Sports. 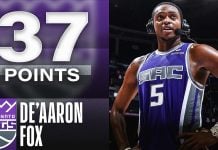 Rich Paul on the Lakers rumors: “It never happened”