The NBA and NBPA have reached an agreement to continue the play-in tournament for another season.

Even though several players were against the decision to have such tournament, the league had no plans to cancel it, therefore it will be part of the 2021/22 season.

The NBA launched the play-in tournament during the final part of the 2019/20 season in the Orlando “bubble”.

During the tournament, the teams that finished between seventh and 10th in the East and West, respectively, are fighting for the final two playoff spots. 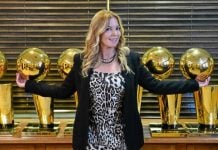