Phoenix Suns star guard Devin Booker has committed to play for Team USA in the Tokyo Olympics, according to Adrian Wojnarowski.

This will be the first Olympic appearance for Booker, who is still competing in the NBA playoffs, as the Suns have already advanced to the Western Conference Finals and are awaiting the winner of the series between the Utah Jazz and Los Angeles Clippers.

Booker is also averaging 27.9 points, 6.8 rebounds and 4.8 assists per game through the team’s first 10 playoff games. 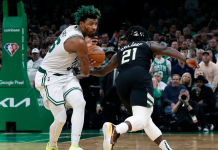 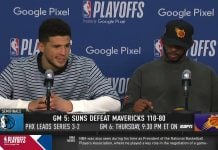