Basketball has a lot of fans and it is especially popular in the USA. Many people play it and there are millions of fans. Basketball is the most developed in the USA. NBA is a very popular league with the best players. There are several best NBA arenas for the biggest basketball competitions.

That is interesting that some arenas were built in 1960s and some of them are modern. Fans can get the best services in both cases. We have analyzed the amount of photos of basketball arenas on Instagram and we could make a rating of the arenas. Try to check how many arenas you have visited before.

This stadium is in the end of the TOP-10. You can visit it in Houston, Texas and that is a home for Houston Rockets. It is a common building outside and it is really interesting why do people like to photo the arena. Harden played here in 2018-2019 and he could be a Scoring Champion.

If you are inside the arena during the match, try to photo yourself with the basketball players in the background. People appreciate such photos on Instagram.

That is a great basketball arena with many luxury and private places where you can look at the game with comfort. So, the airline standards could come into the sport and it looks good. There are palm trees before the arena and it can be a good background for an excellent photo. There can be 19,600 people at the same time on the seats. This number is equal to the number of seats at the arena.

There is one more advantage. If your favorite team could win, you can go to the seaside to have a rest and to get pleasure.

This arena was found over 120,000 times on Instagram. Some people can’t understand the beauty of the building but the real basketball fans know that it was designed with the best basketball traditions and Floridian city style.

There is the chance to get pleasure due to the rest in the bar on the roof. You can also look at the street art on the walls of the construction.

It is true that Denver Nuggets is not the best NBA team. But the players train in the Pepsi Center. It was built in compliance with the modern demands of basketball players, fans, and security. The arena can include 19,500 people and it is usually full during the game.

There are a lot of photos with players of Denver Nuggets and Pepsi on Instagram. You can do the photo too, just visit Denver.

We believed that the arena would be higher in the TOP list but it is 6th. The arena is a home for the royalty the Bulls. United Center is the biggest basketball arena in the US. Making the photo with the statue of basketball stars is a good reason for visiting the arena. By the way, this is the arena that hosted the National Basketball Association All-Star Game in 2020. Surprisingly, after this game, the Microgaming company began to release new online slots with a basketball theme. One of the first such online slots was BASKETBALL STAR.

The basketball arena looks stylish and its designers could use a game of colors to improve the facade. Over 200,000 people think so and they have already done the photo with the arena.

Boston Celtics fans believe that their favorite team would be a champion this year and the people are ready to support their favorite players. The arena has over 18,500 seats.

Moreover, there are hockey matches and different concerts and meetings in the building. According to the statistics, over 3.5 million people visit the building every year.

This arena is a very popular building in the city and many people visit it and make photos inside and outside. Earlier it was called as the Rose Garden. Unfortunately, the name can increase the interest to the building, but the difference between your dreams and reality would be great. So, the administration solved to change the name of the construction. There are no such plants.

There are over 19,000 people can look at the basketball match. There are different meetings: concerts, hockey, basketball, circuses and so on. That’s why not only NBA fans can go here.

Take your favorite food and make a photo on the arena. There are over 350,000 people have already done it and they are happy. The stadium has 19,000 seats and that is a home for:

The building was opened in 2012 with Jay-Z concert.

It is a very popular arena and it hosts the Grammy Awards. Over 19,000 fans can look the match of their favorite basketball team. Moreover, there is the famous Star Plaza. It is one of the top-vizited places in the city. Fans do like photo here.

This stadium has the advantage because this is a home for two great basketball teams. So, the arena is famous and it is called the ‘House that [Kobe] Bryant Built’.

The arena is on the 1st place of the rating in compliance with the number hashtags on Instagram. We could find over 700,000 photos with the building. In spite of a fact that there are over 20,000 seats, it can be difficult to purchase a ticket. That is so in spite of the fact than the sport team which trains here is not the NBA leader anymore. The situation has changed but the popularity is the same.

The arena was built in 1968. It is located on Manhattan and there are different concerts and hockey matches too.

The sports teams of the stadium are very popular. There are several moments about them in different movies and serials.

There are different factors affect the building popularity and not all of them so popular. So, when you know the most popular basketball arenas, you can visit it to join the people who have already done the photo. You can also increase the rating of any basketball stadium on Instagram. Everything depends on you.

It is necessary to note that all the stadiums are modern and safe. And their popularity depends on the city, its design and star basketball players. 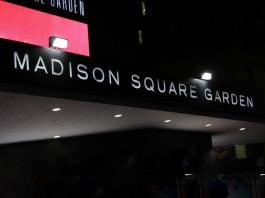 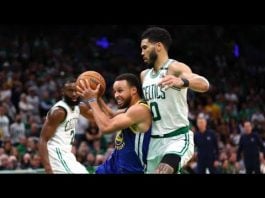 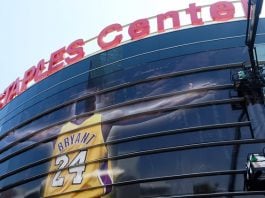