Ahead of the NBA trade deadline, one of the most outspoken commentators around Stephen A. Smith declares that the New Orleans Pelicans star guard Lonzo Ball should be traded to the Los Angeles Clippers to satisfy their needs at point guard. Stephen A. also calls for guard Zach LaVine to be traded to the New York Knicks: 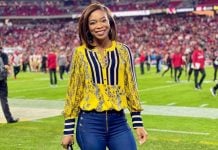