A perfect NCAA Tournament bracket is probably one of the few things we might go an entire lifetime without ever seeing. Multiple people have made fortunes by simply grouping random numbers together under the lottery system but, where March Madness is concerned, you’d be a lot better off taking your chances with just about anything else.

In fact, you’re more likely to be struck by lightning or have quintuplets than score a perfect bracket; there are just too many variables involved. Thankfully, there will always be the option of placing bets on as many games as you’d like, with sportsbooks such as Betway providing some of the best odds you could find.

Speaking of odds, the chances of getting every prediction in one’s bracket correct is a whopping one in 9,223,372,036,854,775,808 or 9.2 quintillion. The word “quintillion” is so rare, it was actually flagged by the spell check function while this article was being written. It was also the writer’s first time actually having to type it out.

Anyhoo, to put that into context, 9.2 quintillion in seconds is equal to 292 billion years. Last year, the NCAA pulled data from its bracket game that determined the average player has a one in 120.2 billion chance to pick a correct bracket. That’s a lot better than 9.2 quintillion, yet it’s still near impossible.

Of course, this fact will hardly scare anyone away. The filling out of the NCAA Tournament bracket has become tradition; people do it year after year and will continue to as long as the tournament keeps coming around.

While most people who do so have some college basketball knowledge – some way more than others – there are a few people who pick random winners. The latter would make it a whole lot more difficult to get 63 out of 63 correct but we’d like to bet it’s a lot less stressful.

There are several improbable things one is more likely to do than score the perfect March Madness bracket, including becoming an NBA player, a billionaire, or getting eaten by a shark. The lottery, getting struck by lightning and having quintuplets, as mentioned above, are all attached to better odds.

Should you give up on the bracket, though? We wouldn’t dare suggest such. Who knows? Someone might just luck out this year, it could be you. 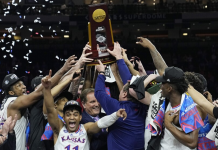 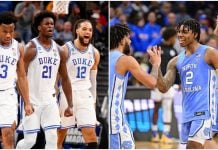 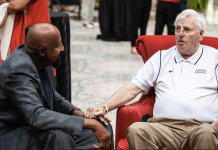