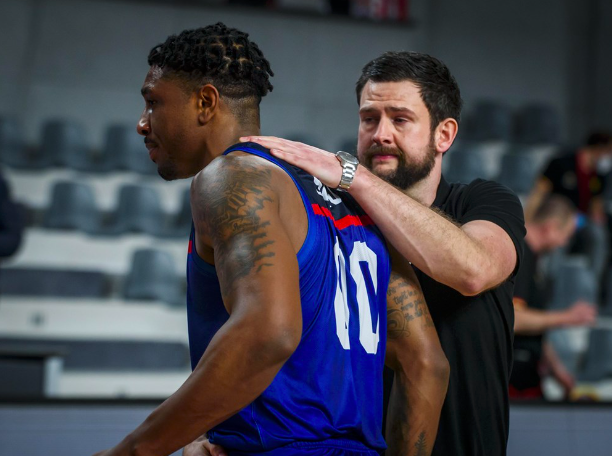 Great Britain’s unexpected, yet throughly deserved qualification for next summer’s EuroBasket was masterminded by a lower league interim coach.

Marc Steutel, who is the head coach of the Teesside Lions, that play in Division Three of the National Basketball League – the UK’s fourth tier – was named as a temporary playcaller of GB in the absence of national team coach Nate Reinking, whose role with the NBA G-League’s Canton Charge, means that he can not guarantee when he is available to take charge once again.

Thrown in at the deep end, Steutel was faced against some of Europe’s elite in the EuroBasket qualifiers: 2013 winners, France, a fundamentally solid as well as deep Montenegro side and Germany. Many people already wrote Great Britain off before the campaign had even begun.

But with nothing to lose, Steutel has gone on to lead GB from the front throughout the qualifiers, with the players competing with passion, determination and a drive to succeed. Having been knocked down to the EuroBasket pre-qualifiers just over a year earlier, they were eager to show that they belonged on the big stage.

Despite the odds being against them, Great Britain secured their place at next summer’s finals with an 83-81 win over Germany, mixed with France beating Montenegro. They ended a successful campaign with a comprehensive 94-73 thrashing of France to finish with a 4-2 record.

“I’ve coached six games. I’ve leaned on the guys. There’s been collective responsibility,” Steutel said in a FIBA press conference after their win over France. “Players, coaches, our performance staff, everybody puts in an incredible effort.”

Steutel’s efforts have been widely praised by the growing basketball fanbase in the UK with calls for him to be given the job, full-time. However, the humble Liverpool native has shrugged off the claims.

Instead, he has relished the opportunity and simply enjoyed the time he has had with the players.

“When you’re around the guys for the full week in the bubble situation, it’s just a privilege to see how locked they’ve been,” Steutel said.

“Their approach. How much it means to these guys to play with that Great Britain name across our chest. Regardless of where we’ve been, it’s been a privilege.” 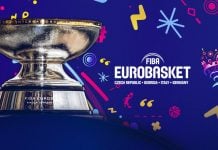 All spots filled for FIBA EuroBasket 2022