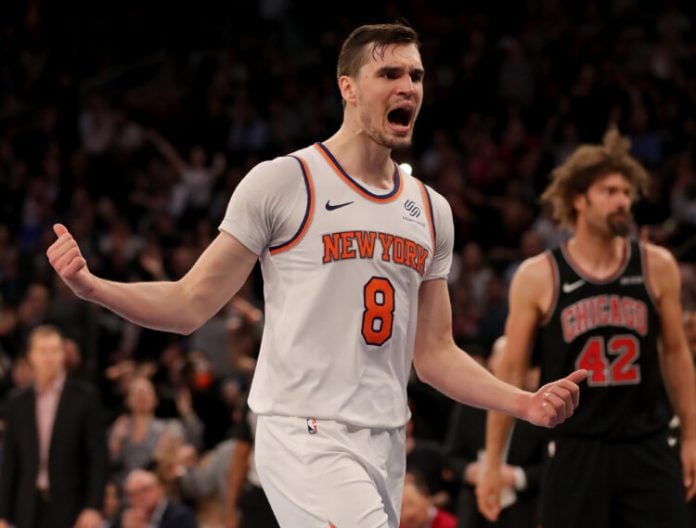 Mario Hezonja is on CSKA Moscow’s radar, according to NbaCro‘s report. The former fifth draft pick is currently a free agent after being waived by the Memphis Grizzlies during preseason.

The Croatian shooting guard is reportedly waiting for NBA offers, but there were some reports that his agent is negotiating with Euroleague teams too.

CSKA Moscow had issues with Mike James last week. The russian powerhouse is looking for new shooting power and Hezonja may be the perfect solution with his athleticism and shooting abilities.

The player soon reacted on his social network channels by sending “holiday emojies”. Hezonja is currently working on his NBA comeback and waiting for his new opportunity.

Hezonja recorded 330 NBA appearances where he averaged 6.9 points and 3.1 rebounds per game.

This rumor is yet to be confirmed but there is still a chance for Hezonja’s NBA comeback. The Orlando Magic showed some interest as the team faced injury problems.

Hezonja started his career with KK Dubrovnik. After playing professional basketball at the age of 14, the Croatian shooting guard joined KK Zagreb where he teamed up with Dario Saric. The dynamic duo won youth Euroleague and soon separated their ways. Hezonja was sold to Barcelona Lassa back in 2012.

After three years in Spain, Hezonja declared for the NBA Draft and was selected with the fifth overall pick in the 2015 NBA draft by the Orlando Magic.

In 2018, Hezonja joined New York Knicks but only spent one season with the team. During 2019 free agency Hezonja signed two year contract with the Blazers. After finishing the playoff run with the Blazers during the “Orlando bubble”, Hezonja was traded to the Memphis Grizzlies and very soon the Grizzlies waived him.

Mario Hezonja: “I am not going to return to the NBA”