Recently, a former NBA power forward Lamar Odom, 41, has signed a deal for a celebrity boxing match. But no news of his potential rival was announced.

Barnes responded to Wendy Williams by saying that he will not fight his brother: 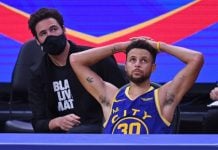