Sports analyst Stephen A. Smith expanded on his recent comments that the Brooklyn Nets hiring Steve Nash as their new head coach was an example of “white privilege”.

Smith received criticism from NBA legend Charles Barkley but held firm on his stance. According to him, the fact that Nash was given a job on a team that has two superstars and is guaranteed to be a winning team proves previous claim because black coaches don’t get such opportunities.

“It is an example of “white privilege” but I wasn’t pointing the finger at Sean Marks nor Steve Nash. I don’t blame Steve Nash for taking the job. And certainly don’t blame Sean Marks completely for offering him the job because he’s got two resident stars in Kyrie Irving and especially Kevin Durant who is the voice of the Brooklyn Nets. who clearly wanted Steve Nash and obviously signed off on him. So if you’re Sean Marks that definitely is a plus in your direction. We understand it,” Smith said on ESPN’s Get Up.

“What I meant when I said “white privilege” is that this kind of opportunity does not come along for black coaches. Derek Fisher doesn’t qualify. It was the Knicks job but they’ve stunk. Doc Rivers was in a rebuilding mode when he got the Orlando job. When you look at the other guys that is the situation. The fact of the matter is, when it comes to Steve Nash and to a lesser degree Steve Kerr the bottom line is that those kind of opportunities don’t happen for black people.” 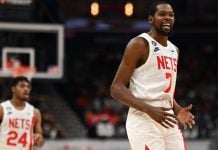 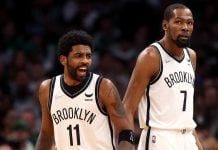 Jamal Crawford Thinks The Nets Are Still Scary If They Put It Together, “They Have A Puncher’s Chance”