Doc Rivers shared his thoughts on Steve Nash becoming the head coach of the Brooklyn Nets.

Just like Mike D’Antoni, Rivers was thrilled for the NBA Hall of Famer, who got his first head coaching job.

“Listen, I am very happy for Steve. He played the game for a long time at a great level, he has always been known as a ‘coach on the floor’, he has worked with several teams since retiring, he has been around coaching a lot, so I have nothing but good things to say. I hope he does extremely well,” Rivers said, via Tomer Azarly of Clutchpoints. 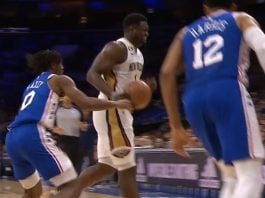