It’s midweek, another day, some more gossip around the world of hoops. (We’re trying to give you more than just NBA gossip. Honest!)

While the Donald Sterling scandal is starting to go away for good, NBA great Michael Jordan has started the racism conversation again by stating in his new book that he was “against all whites”.

Entitled “Michael Jordan: The Life”, the former Chicago Bulls legend and current owner of the Charlotte Bobcats described how growing up in North Carolina during the 1970s, where he said the Klu Klux Klan thrived, helped shaped his views on racism. In one instance, Jordan recalls a school girl calling him the n-word.

“So I threw a soda at her,” Jordan says in the book. “I was really rebelling. I considered myself a racist at the time. Basically, I was against all white people.”

It was after that incident that Jordan’s mother convinced him that he could not go through life consumed by racial hatred.

The British Basketball League have confirmed that will be two new teams entering their ranks next season (2014-15) as England Basketball Playoff winners Leeds Carnegie and former EBL champions Bristol Academy Flyers will compete in the BBL.

There has been no word on new franchise East Scotland Warriors nor has been any word on the Essex Leopards, who, for three seasons, seemingly announce their intentions of joining the BBL then back away.

The BBL season reaches its climax on Sunday when the Newcastle Eagles face the Worcester Wolves at Wembley Arena.

Lyons averaged 12.4 points and 4 rebounds a game in the VTB League.

Although we haven’t got an OFFICIAL picture yet [we’re working on it], LeBron James’ signature one-handed dunk is appearently being used as the logo for the 2016 Rio Olympics.

A Twitter account belonging to ‘My Basket’ has put the picture up, but media known to TalkBasket in the States have laughed it off at the moment. 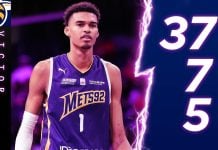 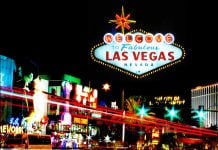