Golden State Warriors head coach Steve Kerr has been fined $25,000 for verbally abusing a referee during the team’s game against the Sacramento Kings.

Kerr argued a call when he thought that a De’Aaron Fox basket shouldn’t have counted due to a foul on the previous play.

Kerr’s objection to the call led to a technical foul being issued.

After receiving the technical foul, Kerr continued yelling at the referees and walked onto the court, which led to a second technical foul and ejection in the second quarter.

Here is the video that led to the ejection:

Steve Kerr: In some ways right now Klay Thompson just has to get out of his own way 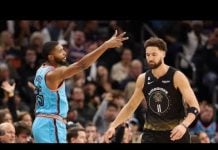 Steve Kerr: “I’m the coach of the team” 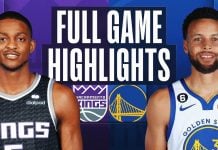