Undrafted rookie Chris Clemons scored 16 points in his NBA debut for the Houston Rockets against the Miami Heat, becoming the fifth player in Rockets franchise history to score at least 16 points in their first game.

The other four players are in the Hall of Fame: Elvin Hayes, Calvin Murphy, Hakeem Olajuwan and Ralph Sampson.

Clemons scored all 16 points in just 22 minutes and shot an efficient 50% from the field, including four made three-pointers.

Clemons wears number 3 for his idol Allen Iverson and could dunk in high school, despite standing at 5-foot-9.

He only received three NCAA Basketball scholarships coming out of high school, but went on to score over 3,000 career points in college, third on the all-time NCAA scoring list.

In his senior year at Campbell University, he averaged 30.1 points, 5.1 rebounds and 2.8 assists per game, also averaging an impressive 4.2 made three-pointers per game.

After going undrafted in the 2019 NBA Draft, Clemons joined the Rockets for Summer League and averaged 20.1 points per game.

He later signed an Exhibit 10 contract with the Rockets before the team converted his deal to a Two-way contract in October.

If his on-court play warrants it, the team can eventually then convert that contract into a standard deal which would allow him to stay with the Rockets all season.

Clemons will get another opportunity to play some big minutes and prove his value in tonight’s game against the Memphis Grizzlies, as Russell Westbrook is getting the night off for rest. 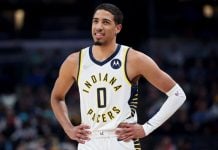 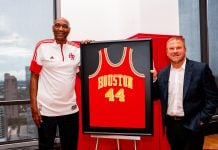 Another Magic Performance From Doncic Puts Him In The Record Books...