Eight teams are left in the fight for three medals. Tomorrow only half of them will have a chance to win them. The hosts will take on Group A winners Lithuania, World Champions Spain will seek revenge against Croatia, Australia will try to upset United States and defending champions Argentina will look to repeat their glory against Greece.

These two teams met less than year ago in Eurobasket 2007. Competition favourites Spain were shocked by Marko Tomas' buzzer beater three-point shot and lost the game 84:85 eventually losing to Russia in the final. Last time that Croatia played in Olympic Games was 12 years ago in 1996 in Atlanta where they finished 7th. Their best achievement was silver in 1992 in Barcelona. The team is hungry for victories and is a tough opponent for anyone. Croatia defeated European Champions Russia, Australia and Iran on their way to the 3rd place in Group A. They lost heavily to Argentina and fought for the whole game with Lithuania before group winners made the run to seal the win.

Spain is one of three teams that lost only once in these Olympic Games. Though their only loss was against favourites Untied States. But it was heavier than expected – World Champions suffered a loss by 37 points. During 9 appearances in Olympic Games Spain won medal once. It was silver in 1984. They came to win a medal this time and are thinking about the final.

The hosts of Olympic Games already achieved their main target and qualified for the quarter-finals. Now they are looking for more. China wasn't an easy opponent for any team. Spain needed an overtime to beat them in a group game. Moreover, Jonas Kazlauskas, who is considered as the best Lithuanian coach, is in charge of China national team. His assistant Donny Nelson worked with Lithuania national team for 14 years. If there's a coach in Beijing who knows Lithuania well then it's Jonas Kazlauskas. He already made China a team that should be taken seriously and the country is already dominating Asian basketball.

Jonas Kazlauskas was an assistant coach of China in Athens Olympics in 2004. His team had the same opponent in the quarter-final but couldn't resist and lost 75:95. Then Kazlauskas said that if there was a slightest chance for China to win he wouldn't have been on their bench during the game. Now he has no choice and must try as hard as he can to beat his country. Lithuania won its group defeating Argentina, Iran, Russia and Croatia. Though their groups stage closing game was a disaster as tehy were crushed by 31 points by Australia.

The game that is the most difficult to predict. Greece don't have an olympic medal so far during 3 previous appearances. They were eliminated in the quarter-final twice but and were 5th in 1996 and in 2004. Eurobasket 2005 winners finished 3rd in Group B behind United Sates and Spain. Greeks looked more comfortable versus other teams in their group and their wins against Angola, Germany and China were confident.

Argentina had to beat Greece on their home soil in Athens Olympics in quarter-final. This win opened them a way to semi-finals and eventually the triumph against Italy in Olympic final. Despite the loss of their main point guard Pepe Sanchez, Albicelestes are still among the favourites. They recovered after the loss to Lithuania in the opening day and won all four remaining group games.

Americans came to Beijing with only one aim – gold medals. They've been doing their job well up until now leaving no chance for their rivals. A team filled by NBA stars defeated both Spain and Greece quite easily. Though the real game starts now. One loss can leave a team without any medals. In 2004 USA finished 4th in their group behind Lithuania, Greece and Puerto Rico. This year's team is composed of arguably the best NBA players that are very motivated and tries very hard in every game.

This time they meet Australia, a team that kicked out European champions out of Olympic Games. The Aussies sent a warning to their opponents by thrashing Lithuania in their last group game. Australia was a team that lost by the lowest margin to the United States during preparation games. Americans won by 11 points that time but Australia had chances to turn the game on their onw way. Andrew Bogut was absent in that game. Oceanian giants have nothing to lose and the pressure is off as they face so far undefeated USA national team. 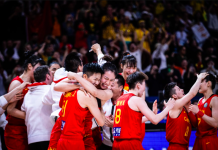 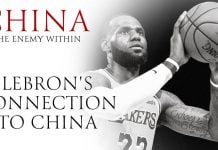 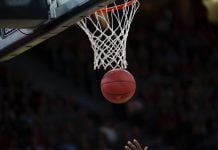