Allen Iverson has been criticized for his mediocre performances and the bad results of Besiktas, since the day he arrived and it is rumored that he already mentioned that he wants out.

The “Answer” reportedly expressed his disappointment regarding the chemistry between the club and the fans, yet does somebody really believe that this is the real reason? 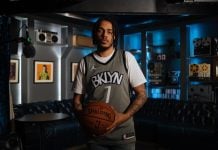