James Nunnally, who signed with the Minnesota Timberwolves a few days ago, talked to Pioneer Press and referred to his target with the Wolves this season, his overall performance last year as well as his former team, Fenerbahce.

Here is what the American forward said:

On his goal this season and the competition with Andrew Wiggins and Jimmy Butler: “You’ve got to be able to grind things out. There are going to be dog days, there are going to be some days where things aren’t easy, but you’ve got to get through, find a way to get through, and I feel like my journey overseas really helped prepare me for that, and for anything, obviously.

It’s a long season, guys get tired and need breaks during games. And when that happens, it’s time to step up. … I’m ready. They’re going to see a guy who competes and fights to the end, and that’s one thing I guarantee — I play hard.”

On his overall performance last season: “I just wanted to be one of the best players in Europe. That was my goal. I think things just started falling into place when I focused on my game and getting better and I fulfilled my role on the team I was on.”

On his former team, Fenerbahce: “Anyone of us could average 20 points on any other team, but would we win games? Would we win championships? Would we be competing to play in the finals every year? No. So I think we all sacrificed for the betterment of the team.” 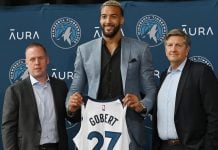 Karl-Anthony Towns: “I’m one of the best offensive players and talents the NBA has ever seen” 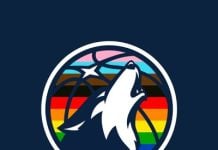