MIES (Switzerland) – The Round of 16 groups in this season’s Basketball Champions League were confirmed on Wednesday night, upon the completion of a Play-Ins stage that kept fans on the edge of their seats until the final second.

Four of the eight Play-Ins series headed to a tie-breaking Game 3 and Limoges CSP saved the best for the very last as they climbed back from a 22-point deficit and a Bryce Jones buzzer-beater gave them the win over MHP Riesen in an overtime thriller on the road. Meanwhile Rytas Vilnius, Bahcesehir College and JDA Bourgogne Dijon made use of homecourt advantage in the deciding game to win their respective series.

These four sides joined AEK, Darussafaka, Hapoel Atsmon Holon and UCAM Murcia, which completed 2-0 sweeps of their respective opponents in the Play-Ins and therefore punched their ticket to the Round of 16 a week earlier.

The eight group winners of the Regular Season – SIG Strasbourg, Telekom Baskets Bonn, Galatasaray Nef, Surne Bilbao, Hapoel Bank Yahav Jerusalem, BAXI Manresa, Unicaja and Lenovo Tenerife – had secured directly their Round of 16 berth and have been expecting the eight Play-In winners in the next stage.

With the landing spot of each team predetermined by the draw that took place right before the start of the season, the four Round of 16 groups are as follows:

Action doesn’t pause in the BCL as the next stage will get underway this coming Tuesday, January 24. The Round of 16 will be played in a round-robin format, in home and aways games, and is set to conclude on March 22. The two teams that finish in the top two spots in each group will qualify for the Quarter-Finals.

An additional draw will take place in March to determine the Quarter-Finals and Final Four brackets and will be livestreamed on the official BCL YouTube Channel. 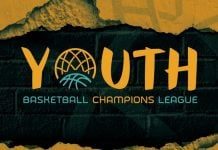 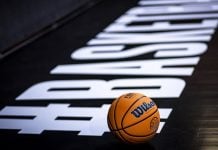