In what could be a hilarious and glorious moment, the internet stood up undefeated yet again – as Jimmy Butler was catapulted to the NBA’s troll circle last week. (Writer’s note: Earn easy money by clicking this Vulkan Vegas 25€ no Deposit. Enjoy!)

With the first Eastern Conference fan vote return for the frontcourt positions already in the books, ESPN critically analyzed the top-ranked players. Kevin Durant, Giannis Antetokounmpo, Jayson Tatum and Joel Embiid were obviously in – given the amount of star production they made for their respective teams.

As such, the same goes for Butler, who ranked fifth in the first fan voting. Mixed with praise for the Miami Heat star, fans and basketball netizens have spotted a peculiar and weird representation of Butler based on the graphics of ESPN – based on NBA 2K.

Which sparked numerous trolling across the league’s Twitter circle.

Maybe Butler’s reggae-like image and looks prior to this season might have affected the decision, but this was such an unexpected, yet hilarious application by ESPN. For the fans, it was a great moment yet again to ignite a troll party on the internet.

Bam Adebayo on All-Star fan voting: “There are guys that shouldn’t even be on that list” 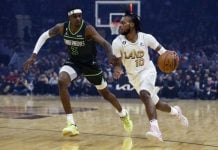