The 76ers defeated the Magic despite missing three of their top players in Joel Embiid, James Harden and Tyrese Maxey. Shake Milton is taking advantage of the opportunity to play in absence of the team’s stars.

In this game he scored season-high 29 points, grabbed 5 rebounds and dished out 7 assists. Over the last five games the 26-year-old shooting guard is averaging 23.6 points per game. After the game Milton talked about how he is able to play so well.

“Being aggressive, picking my spots,” Milton said after the Sixers’ historic win. “My teammates do a really good job of telling me to go and telling me to be aggressive. Just having people down really gives us an opportunity to really step up. I think everybody on the team has looked at it as we can come together, play hard and have some opportunities to make some things happen and hopefully get a few wins.”

This season Milton is averaging 9.5 points, 3.4 rebounds and 3. assists in 20.7 minutes per game for Philadelphia. 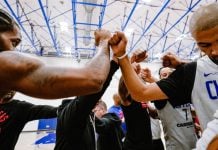 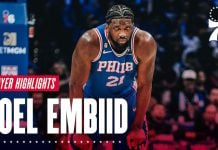 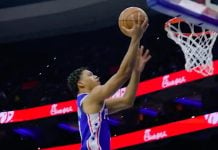 Tobias Harris on Jaden Springer: “He’s going to be a helluva player in the NBA”