It is the point guard who controls the game on the court. Therefore, teams in the NBA are conscious of picking point guards so they can control the momentum of the match. Point guards direct the offense and control the ball. Their first responsibility is to score and create scoring opportunities.

Perhaps the point guard position is the most vital. Another feature of point guards is that they are familiar with their teammates’ strengths and weaknesses and use them according to their abilities. Besides, the point guard anticipates the play and reads the situation of the game.

It is not rare to have all the capabilities in one person, as we have witnessed the greatest point guards in the NBA. Some of them are listed below.

Magic is undoubtedly the best point guard to step on the court. In his entire career, he achieved five NBA titles, three finals MVP awards, nine All-time 1st team, and twelve All-Stars selections. His records are still remarkable as he ranks sixth in assists, which means he was a thinking PG (point guard) who used to create chances of scoring.

Whenever Magic stepped on the court, he controlled the tempo and led like a champion. He averaged over 19 points and 11.2 assists per game. He was dynamic and a prominent leader of one of the greatest NBA teams ever, which still dominates the NBA betting odds.

The Big O, as many called him. Oscar was the first one in the league’s history to average a triple-double. More than his scoring abilities, Oscar was known as a playmaker. Although he had one NBA title and one MVP award, he was a great rebounder. His achievements might not do justice to his talent. He was one of the well-rounded offensive guards.

It was Oscar’s speed and skills that transformed the point guard position from a passer to a scorer. He could score from anywhere on the court. Oscar was a treat to watch, and in the early stage of his career, he also won the Rookie of the year award.

So far, Stephen Curry in his career has achieved a lot to be called one of the greatest point guards of all time. In his ten years of career, Stephen has won four NBA titles, two MVPs, eight All-Stars, and four NBA 1st-team selections. Last season, he won the only missing award of the finals MVP in 2021-22.

He averages over 23 points and 6.7 assists per game and has changed the way the game is played. Now we see more players trying for three-pointers and hitting the target for the offense to score. This modern gameplay from Stephen deserves more credit. Stephen is the future Hall of Famer, and if he continues to play like this, he will become the greatest point guard ever.

Jerry was an all-rounder. He dominated the defense more than the offense, although he was equally good at both positions. Jerry played for the LA Lakers his entire career and led them into nine finals. His consistency was second to none, and he was the third player to score 25,000 points and the fifth player to be featured in All-Stars in every season he played.

Because of his scoring ability and playmaking ability, West was a masterful combo guard. Additionally, he shot extremely well off the dribble and with his feet set. West finished his career with an average of 27 points per game and the most points in the postseason, and the highest average in the playoffs.

A special mention of Isiah Thomas. He is probably the best player under 6’1”. He was a complete player, and the only shortcoming was his brief career. Isiah played the game with a high competitive level and had the amazing ability to score off midrange. He played a critical role in defeating the Bulls in three consecutive playoffs.

Isiah won two NBA titles and one final MVP award to go with his twelve All-Star and five All-NBA selections.

The position of point guard is crucial as it can make or break the game. Currently, some talented players have the potential to replace the greatest of all time, but the aforementioned point guards have changed the way this position used to play. 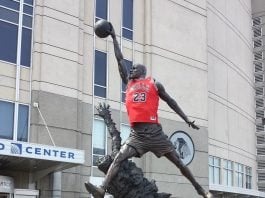 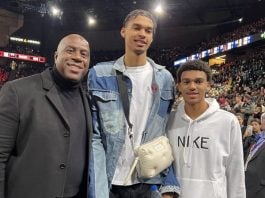 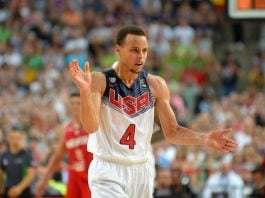 Steph Curry aiming for next big international honor to add to...