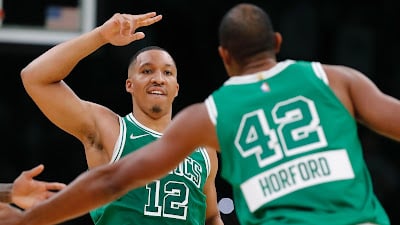 Amid the ongoing chirpings that a replacement could arrive soon, the Boston Celtics stands determined and planning to move even without a potential Robert Williams III clone.

Per The Athletic’s Jay King, sources told that the Cs don’t intend to be partnered with “one of the big-name veteran centers still available” and they will look into replacing the recently waived Bruno Caboclo with a young big man ahead of the looming training camp.

Following the announcement of Williams’ new knee surgery which will shelve him for four to six week timeline, ESPN’s Adrian Wojnarowski has hinted that LaMarcus Aldridge and Dwight Howard are several free-agent big men available in the market who could be sought for a deal. Woj has noted that the club expressed “little desire” on Aldridge this offseason.

The Celtics are fresh from their recent NBA Finals run and would look to start it up again against the Philadelphia 76ers on their season opener this Oct. 19.