Spain beat Germany in the semifinal in front of a packed Mercedes-Benz Arena, securing at least a silver medal.

“I think that the Spanish national team has a unique DNA, which is being competitive until the end, no matter the result. We, representing not only Spain but also the great names who defended this jersey, are doing everything that we have,” Spain guard Alberto Diaz said after the game, via Eurohoops.

Alberto Diaz: “There were some doubts about us” Alberto Diaz: “There’s a game left and we want to win it” 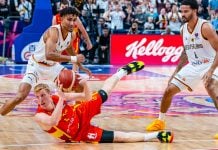 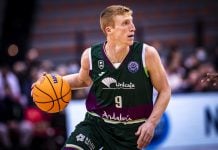