Heat point guard Kyle Lowry has been accused of being overweight. Former NBA star Tim Hardaway does not think that that is the case.

According to him, Lowry looks bigger because he wears football pads under him. Hardaway also said that the former NBA champion needs to stop flopping in order to stay healthy.

“I want you to write this,” Hardaway said. “Kyle Lowry is not fat. He’s not fat and overweight. He wears these football pads under him to make him look like he’s bigger. He’s way slimmer than what you think he is. I’ve been telling folks that for the longest. And everybody’s like, ‘No, he’s overweight.’ No, the guy is not overweight. It’s that he needs to stay healthy to stay in shape.” 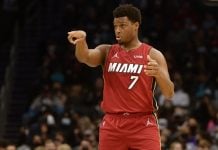 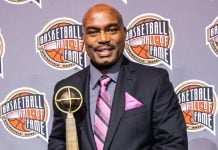