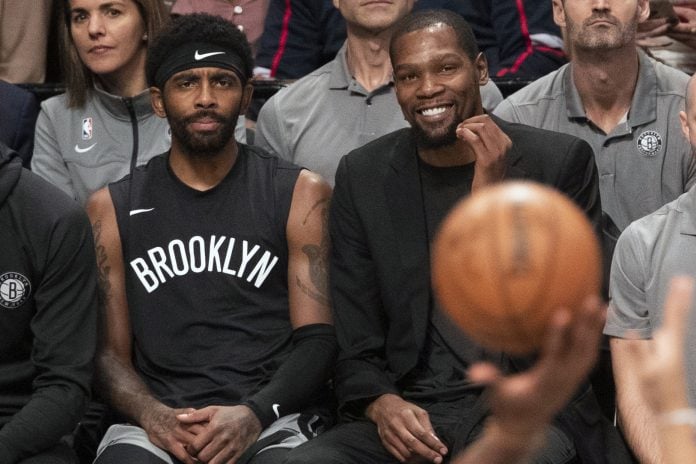 Kyrie Irving is firmly holding on to the principles he has.

As such, he made it clear in front of the media on Monday that he won’t change his beliefs about the COVID-19 vaccination amid Kevin Durant’s knee injury and absence for four to six weeks.

Irving told reporters that he’ll stay rooted in his decision and there’s nothing will change about it.

“That’s what I think comes into a lot of this culture and basketball and sport and entertainment,” Irving said after Brooklyn Nets’ 114-107 loss to the Cleveland Cavaliers, per ESPN‘s Nick Friedell. “You bring in teams and you bring in situations. Kev’s going to heal, Kev’s going to be OK, and we’re going to have to deal with that as his teammates. But in terms of where I am with my life outside of this, I stay rooted in my decision. And that’s just what it is.

“It’s not going to be swayed just because of one thing in this NBA life. That somehow it’s brought to my attention as being more important than what’s going on in the real world. It’s just not happening for me. Again, I respect everyone else’s decision, I’m not going to ever try to convince anyone of anything or any of that, I’m just standing rooted in what I believe in.”

Due to New York’s COVID-19 mandate, the unvaccinated Irving won’t be able to suit up in every Nets home game. Initially this season, he was shelved by the team management regarding this matter of part-time availability. Then, it was last month when this decision was overturned as a response to Brooklyn’s decimated roster due to the virus outbreak.

Irving went on to finish his only fourth game of the season. He tallied 27 points in the losing effort against the Cavs.