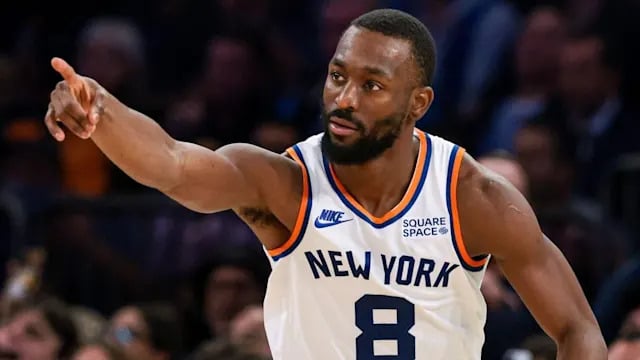 Teams around the league have reportedly not expressed their interest to acquire the New York Knicks point man Kemba Walker.

In a detail provided by Matt Moore of the Action Network, ball clubs are hesitant to pull the trigger for Walker, as his history of knee issues is considered a risk.

“… the league consensus is that Walker’s knees represent too much of a risk even if his play with New York and Boston was more about situation.”

Walker hasn’t played any NBA game since Knicks head coach Tom Thibodeau decided not to insert him in the rotation way back last month. Afterwards, New York has lost seven of its last nine games. In spite of the tough adjustment, Walker remains professional and a team player.

“I could be pissed, but at the end of the day, there are some young guys here who look up to me. Maybe I can be a role model. I love being around my teammates, and I’m going to cheer them on until I can’t anymore.”

Walker and the Knicks inked a two-year, $17.9 million deal last offseason. The four-time All-star was off to a contract buyout from the Oklahoma City Thunder after being traded by the Boston Celtics.

Walker, 31, is averaging 11.7 points, 3.1 assists, and 2.6 assists for the Knicks before being sidelined. For now, there are no news about his possible return amid a rough skid of his team.