While basketball has been around since the 1800s, many might be surprised to know that there have been changes to the game and it has evolved throughout the ages, like a fine wine. We’ll be checking out some of these interesting facts, which might come in handy in understanding how the sport has developed, or simply to be more informed about your favorite sport. Who knows when it might come in handy? Maybe that next sports quiz coming up. Some of these facts will help you appreciate the current rules, while others will just be a fun thing to learn.

While there is the possibility that people used to play basketball further in the past, the first rulebook was written by James Naismith. He was a physical education teacher and is credited as the founder of basketball to this day. He also founded the University of Kansas basketball program,

Basketball was initially played with a soccer ball

While it might be something bizarre to imagine; initially, players used to play basketball using a soccer ball. It was not until the 1900s that the string basketball designed with a good bounce in mind was invented. Many would argue that this invention and introduction to the game, completely revolutionized how it is played to this day.

Dribbling was not allowed

While there are still rules around dribbling the basketball, there was a time when players were not be allowed to dribble the ball at all.  At the inception of the sports, players were simply allowed to throw and shoot the ball to each other, and into the hoops – making positions a vital part of the game. It was not until 1897 that dribbling was allowed when a team at Yale used it to advance the ball throughout the court. If not for this incident, chances are basketball would be similar to netball to this day.

You can now bet on any basketball team or match online

While sports betting isn’t exactly a new phenomenon, the process used to be quite longwinded with fans having to travel to betting shops, and options were more limited. Nowadays, there are now sites like NJ online casinos that allow you to bet on basketball games. players, matches, and endless combinations. Across the US, legislation is changing with many states choosing to favor online gambling options in order to help curtail unlicensed options for those individuals interested. Not only is this safer for the user but also helps states have more control on regulations, taxes and ensuring all parties have a safe and pleasant experience – one such state is New Jersey.

There were many players

While there is now a rule on that constitutes there must be only five players per team in a game, this was not always the case. In fact, some games would have up to nine players per side! Over time, the number was reduced to five players per team. The initial number of players was to encourage more people to take up the sport. Now that the game has been around for a while, and has dramatically increased in popularity, there was no need to have more than five players per team (plus it made more logistical sense).

Basketball has been around for a long time. It is a game that many people enjoy playing and watching as well. If you love familiarizing yourself with random information about different things, then hopefully you’ve learned something new today. You can use it in your conversation or whilst you carry out analysis of a game.

The Dominance of Basketball Game Across the Globe 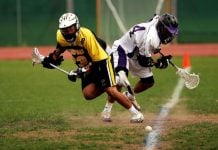 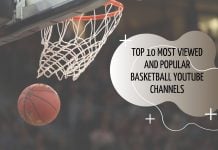 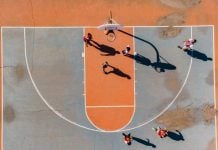