Cleveland Cavaliers big Isaiah Hartenstein will enter free agency after opting out of his $1.7M option for next season, according to Shams Charania of the Athletic.

Cleveland can make Hartenstein a restricted free agent with a $2,025,705 qualifying offer. The 2019 NBA G League champion spent the last season in Cleveland as a back-up center averaging a career-high 8.3 points and six rebounds per contest.

Hartenstein spent the 2019-20 season in Denver, while he started his NBA career in Houston, where he stayed for two seasons.

He also played overseas with Zalgiris Kaunas from Lithuania and Artland Dragons from Germany. 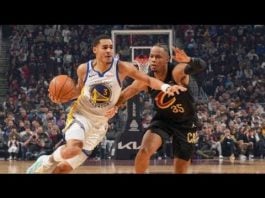