NEW YORK, July 5, 2021 – The National Basketball Association will crown its 75th champion when the Eastern Conference Champion Milwaukee Bucks meet the Western Conference Champion Phoenix Suns in the NBA Finals 2021 presented by YouTube TV beginning Tuesday, July 6 at 9 p.m. ET, airing on ABC and ESPN Radio in the United States and on Sportsnet, RDS and TSN in Canada. This year’s Finals will reach fans live in 215 countries and territories in 59 languages on their televisions, computers, mobile devices and tablets.

Here is a by-the-numbers look at NBA Finals 2021 presented by YouTube TV:

·       1 – The Suns are seeking the first NBA championship in franchise history.

·       3 – Milwaukee and Phoenix are both appearing in the NBA Finals for the third time.

·       28 – Phoenix last competed in the NBA Finals 28 years ago (1993), when Naismith Memorial Basketball Hall of Famer Charles Barkley and the Suns lost to Michael Jordan and the Chicago Bulls in six games.

·       50 – Milwaukee won its only NBA championship 50 years ago (1971), when Naismith Memorial Basketball Hall of Famers Kareem Abdul-Jabbar and Oscar Robertson led the Bucks to a four-game sweep of the Baltimore Bullets.

·       1969 – Phoenix and Milwaukee participated in a coin flip to determine which team would receive the No. 1 overall pick in the 1969 NBA Draft.  The Bucks won the coin flip and used the top pick to select Kareem Abdul-Jabbar, who helped lead them to an NBA championship two years later.

·       1 – The Suns’ Jae Crowder is the one player on either team who has played in the NBA Finals, competing with the Miami Heat in the 2020 Finals.

·       3 – Phoenix’s Devin Booker and Milwaukee’s Jrue Holiday and Khris Middleton are three of the 12 players who have been selected to play for the U.S. Olympic Men’s Basketball Team at the Tokyo Olympics.

·       7 – Phoenix General Manager James Jones, the 2020-21 NBA Basketball Executive of the Year, advanced to the NBA Finals in each of his last seven seasons as a player.

·       2 – Doris Burke returns for her second time as a game analyst for the NBA Finals when she joins play-by-play voice Marc Kestecher and fellow analyst Jon Barry for ESPN Radio’s coverage.  Last year, Burke made history when she became the first women to serve as a game analyst on any platform for the event.

·       13 – ABC/ESPN’s broadcast team of Mike Breen, Jeff Van Gundy and Mark Jackson will work The Finals together for the 13th time.

·       15 – Jeff Van Gundy will provide analysis for his 15th consecutive NBA Finals, which is the most for a television analyst covering the event.

·       16 – Naismith Memorial Basketball Hall of Famer Mike Breen will call his 16th straight NBA Finals – the most by any NBA play-by-play commentator.

NBA Finals Around The World

·       8 – Eight international television networks – from Australia, Brazil, China, Mexico, Serbia and Spain – will be conducting onsite commentary at The Finals.

·       22.8M – Giannis Antetokounmpo has generated over 22.8 million engagements on his Instagram account this season, ranking fourthamong all current NBA players.

·       100M – Content including Suns star Devin Booker has generated nearly 100 million views across NBA social platforms this postseason.  Since the start of the playoffs, Booker has gained the second-most followers of any player in the league on Instagram (+914,000), behind only LeBron James.

·       1.4B – The NBA Instagram channel has generated 1.4 billion views throughout the 2021 NBA Playoffs, the second most for an account on the platform during that time.

·       2 – Both the Phoenix Suns and Milwaukee Bucks will leave a lasting impact in their communities, unveiling two new live, learn and play spaces together with State Farm and Kaiser Permanente. The Suns will unveil a refurbished basketball court at the Maryvale Community Center while the Bucks will renovate a recreational room at the Running Rebels Community Organization. Through NBA Cares, the NBA family has created more than 1,675 live, learn and player spaces around the world.

·       29 – Milwaukee’s Fiserv Forum and Phoenix’s Phoenix Suns Arena are both certified as sensory inclusive venues in partnership with KultureCity, providing permanent accommodations within their arenas to be accessible to and inclusive of the one in six individuals in the United States living with sensory needs. All 29 NBA arenas have taken steps to be inclusive of fans and families with sensory needs. 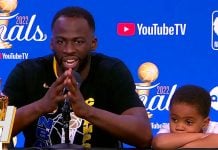 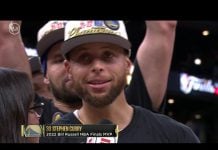