Six-time NBA champion Scottie Pippen made a shocking statement in a recent interview with Dan Patrick on Dan Patrick Show. When talking to the famous incident during Game 3 of second round series against the New York Knicks during the 1994 NBA playoffs.

Prior to that season Michael Jordan decided to retire for the first time and try himself in baseball after winning three straight championships with the Chicago Bulls. Pippen, who was a member of those teams, became the team’s main star with no MJ on the roster.

With 1.8 seconds left to play in the fourth quarter the game was tied at 102 with Chicago going to inbound the ball at half court. Bulls head coach Phil Jackson called the final shot for rookie Toni Kukoc instead of Pippen. The Croatian star caught the pass and nailed the game-winner. Pippen took Jackson’s call an insult against him.

Pippen now says that it was not a basketball but rather a ‘racial move’ for Jackson to go with Kukoc for the final play. When asked by Patrick about a quote from an interview with Tyler R. Tynes of GQ where used the phrase ‘racial move’, Pippen maintained his position.

“Why would Toni, who’s a rookie, get the last second shot and you put me out of bounds? That’s what I mean ‘racial’. That was Scottie Pippen’s team. Scottie Pippen was on pace to be an MVP that year, right? OK. Why would you put him in a position not to be successful? Why wouldn’t you put him in a position to succeed? Michael Jordan’s not there, so who’s the next in line?”

When Patrick pointed out that by saying ‘racial move’ Pippen is calling Jackson a racist, he responded by saying “I have no problem with that.” Patrick then asked the former Bulls star directly if he thought that Jackson is a racist. “Oh yeah,” Pippen responded. He then went on to give an example of what he thought was racism from his former coach.

He remembered how Jackson wrote a book about Kobe Bryant after leaving the Lakers as a head coach before returning to the team a few years later. Pippen blamed Jackson for taking locker room stuff out to the public. Patrick responded by saying that it makes Jackson disloyal rather than racist to which Pippen said that he was not in the locker and did not know the inside stuff. 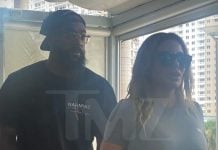