Yesterday’s Eurocup Last 32 game in Podgorica between the hosts Buducnost and a Turkish side Banvit will not be remembered for the visitor’s narrow win.

With 2:17 left to play in the fourth quarter and Banvit leading by 9 a man ran across the court and punched Banvit’s player Sammy Mejia in the back.

His teammate Earl Rowland defended Mejia by punching the man in the back and earning himself a disqualifying foul.

Mejia was also disqualified though Banvit managed to finish ahead of Buducnost earning an important away win 74-68.

Today Rowland issued a statement on his Instagram account sharing his view on the incident and concerns that the security in many arenas is not sufficient:

“First of all, I’d like to say that I don’t condone violence on or off the basketball court but we are men before we are athletes. We travel to foreign countries in the name of sport while depending on the host organizations to provide proper protection.

“A lot of these gyms have less security than necessary to handle the amount of fans so we are vulnerable if someone decides to attack us.

“How are we (the players) penalized for protecting ourselves? A man runs on the court and assaults two of my teammates and we are supposed to do nothing? The “fan” could’ve had a weapon and seriously injured us or worse.

“I apologize that the event happened but not for my actions in response to the “fan”.”

Below is Rowland’s full statement: 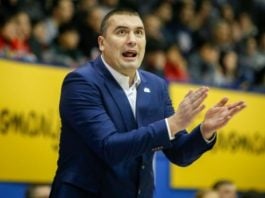