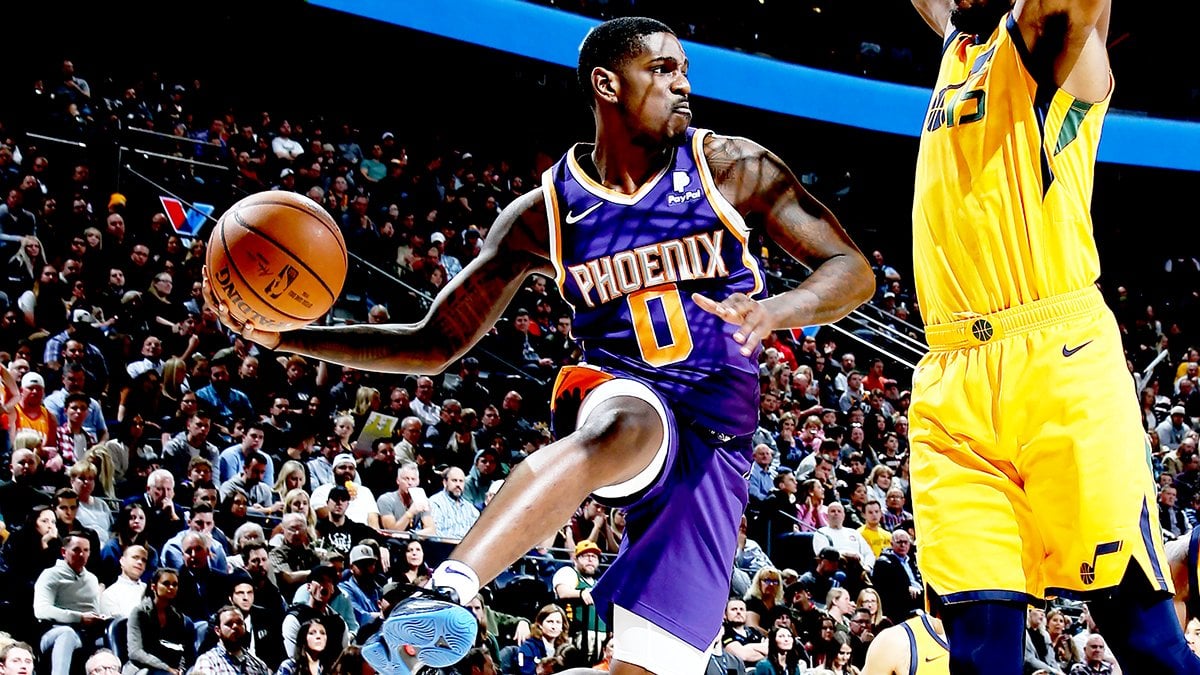 In a peculiar season for everyone involved in pro sports, Greek Basketball League contenders Promitheas Patras could provide no exception.

After getting wiped out in the Eurocup, the team coached by Makis Giatras had a speedy recovery. One of the keys to convalescence was hiring the right staff: two-time Euroleague winner Vangelis Mantzaris was traded to Peristeri for combo guard Giannis Athinaiou, the two Grant brothers, Jerian and Jerai came in replacing Diante Garrett and Delroy James, while former Oklahoma State point guard Jawun Evans was handed the opportunity for his first overseas job.

On the outside, many new pieces that the ambitious provincial team had to put together. In reality, the players that Promitheas was able to spot on the market and lure to Patras were no-brainers.

An easy win over the injury-plagued AEK Athens was succeeded by a hard-fought victory against Greek League upsetters Lavrio BC and the winning streak culminated in a 80-78 triumph vs reigning champs Panathinaikos at the OAKA arena in Athens. No team other than Olympiacos Piraeus had prevailed at the Greens’ home court in 13 years. Promitheas did it, thanks to a late 0-9 run that completely overturned the hosts’ 7-point lead just 70’’ before the final buzzer.

Jawun Evans was one of the players that made things happen for the 2019 competition finalists. Scoring a total of 10 points, including the winning lay-up which stemmed from a steal on Lefteris Bochoridis, the 24-year-old guard became the person who decided the game.

Evans was a member of the USA Basketball U19 National Team that captured the gold medal with a perfect 7-0 record at the 2015 FIBA U19 World Championship held in Heraklion, Greece. About six years later, the same country offered him his first overseas deal.

Born in Greenville, South Carolina, where he resided and played until his junior year of high school, he only stayed for two years at the Oklahoma State University before declaring himself eligible for the 2017 NBA Draft. The Philadelphia 76ers were the team to select him, but it was with the LA Clippers that the 6-foot guard had his best NBA games. However, his time in LA only lasted for one season, as he soon moved to other destinations, which included the Phoenix Suns and the Oklahoma City Thunder, as well as their G League affiliates.

His 2019-20 campaign with the Raptors 905 was cut short before covid-19 came in, because of an injury. Now in Greece, Jawun Evans is having what he would call another “humbling experience”, after his participation in the G League. The distance from the G League to the Greek League can be considerable for someone with no experience at the international level of competition, but Evans seems to possess the necessary qualities in order to make things work for himself and his team.

TalkBasket.net spotted him and here is what the 2017 All-American had to say about the win over Panathinaikos, playing in the States and overseas, his past and present coaches, as well as his personal goals.

Q: It was a huge win for Promitheas, but I’m not sure you’re fully aware of the status of the two teams in Greece.

A: A little bit. My teammates gave me a runaround before the game. I went out there and did everything I could for the team. It was a fun game. We had some ups and downs, but it’s part of the game. I think that after we went behind by seven points, we locked down on defense. I think defensive pressure is what really helped us. Looking for each other on offense made it easy for everybody. We just have to build on this win and keep rolling.

Q: How does it feel being overseas?

A: It’s a new place, but I’m getting adjusted. What troubles me is that I have to understand the language a little bit more. Other than that, it’s just basketball. You get used to it as you go. At the end of the day, you just have to understand what’s going on in the court.

Q: This is your first experience outside the US. How did you decide to give it a go?

A: It was the opportunity to keep playing basketball, doing what I love. Before I signed with Promitheas, I talked to the coaches on how the team works and it wasn’t too much of a difference compared to what they told me.

Q: How would you rate the NBA experience?

A: It was good. I had some ups and downs, but I enjoyed it.

Q; You said that the G League was “a humbling experience“. In which respect?

A: In terms of coming from the NBA and going down play G League. But it’s important to get the chance to play basketball again.

Q: Why did you choose to forego your last two years at college in order to join the draft?

A: I just thought like I was ready to take my game to the next level, which was the NBA. So, I felt like I should take the next step. Right now, I’m all over the place, but I’d say it was the right decision for me.

Q: How was your transition to the NBA style of play?

A: It was up and down. Teams use bigger and stronger guys, so I had to get adjusted to everything. My teammates helped me out so much. It was Lou Williams, DeAndre Jordan, Patrick Beverley, Blake Griffin, Wesley Johnson. They all made it easier for me on the court, just by talking to me and giving me tips.

Q: Did you by any chance pick the brains of Beverley or Johnson on playing in Greece?

A: No, we didn’t actually get to talk much about them playing overseas. I know that they did a really good job over here.

Q: How about your ex Suns coach Igor Kokoskov?

A: I haven’t had the chance to talk to him after he and I left the Suns, but hopefully I will. I’ve seen a couple of games of his team (Fenerbahce) and they’re pretty good. When I was with the Suns, he would get me familiar with everything that was going on in the organization.

Q: How was the situation in Phoenix?

A: We were all trying to figure out what was going on. We had our ups and downs, but overall it was a good experience I’m glad I went through.

Q: Which are your goals in Greece?

A: To get better every day; make the team better and go as far as we can. I have to learn and control the team a little bit more in the offensive end and be a pest in the defensive end. The ultimate goal is to return to the NBA, but anything can happen. For now, I’m here.

Q: What do you think of coach Makis Giatras?

A: He’s like one of my old college coaches: Brad Underwood. Same style, he even talks the same way. It’s nothing different. I’d say that Bob Huggins is exactly the same type of coach. He and Underwood coached together (at Kansas State, from 2006 to 2012). They all have a great mentality.

Ian Miller: “Promitheas is the first high-level team to allow me...