The Sacramento Kings have explored trades for Nemanja Bjelica, whose role has been reduced recently, according to Jason Anderson of the Sacramento Bee.

Bjelica, 32, hasn’t played since Jan. 9 against the Portland Trail Blazers.

Head coach Luke Walton recently said that he planned to bring Bjelica back into the rotation, but before the Kings’ last game on Jan. 22, Walton confirmed Bjelica would remain out for a sixth consecutive game.

“Me and him have talked,” said Walton. “Again, we’re all on the same page as far as where we’re at, but there’s some — he’s not (sitting out) due to a lack of trust with us. There’s some personal stuff and I’m just going to leave it at that, but we have been in communication and we are very confident in the player he is still.”

The Kings looked for potential trades around the time of the November draft and will “likely continue to do so as they begin to rebuild over the next two to four years with players who fit Fox’s timeline,” a source told Anderson.

The organization’s interest in developing younger players has temporarily eliminated the role of Bjelica, who had a career year for the Kings last season.

“It is a balancing act,” Walton said. “… You look at where the future of this team is going, and a lot of that is with De’Aaron and Tyrese and Marvin and Buddy, and so we understand that. We need them out there. We need them getting better, but at the same time we’re trying to win. There’s not an easy answer to that. It is a balancing act of getting the experience and that exposure. You hear me say all the time the best way to learn things is to go through it, but there’s some pain that comes with that and there are some tough times that come with that.” 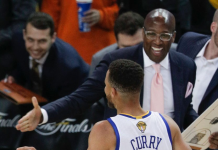