We normally reserve 99.9 percent of this section for NBA gossip and general goings on around the league but instead, we will head to the British Basketball League, where Cheshire Phoenix owners have been involved in a Twitter spat with anyone who dares comment about the policy of player releases.

DONALDSON TO ALL: YOU DON’T KNOW THE FACTS

Cheshire Phoenix fan Rob Jeffries tonight broke the news that the club had terminated the trial period of latest signing Lester Prosper. The exit door that was shown to Prosper is the fifth this season all together; seven if you include the injuries.

So enough of us talking. Here is the Twitter battle royal. Debbie Donaldson, runs the Cheshire Phoenix.

Then the Phoenix head honcho chimes in.

@markbritball @CheshireNix RT (again) U sure you are in full possession of the facts in order to have an educated opinion because I'm not.

Debbie Donaldson thinks she has the upper hand when she tweets that Phoenix’s Demond Watt had won the BBL Player of the Month for October.

To BBL fans outside of Cheshire, the above was tweeted with extra zing. It wasn’t just a tweet, it was a statement. But then Bradley Gains, a sports journalism student and BBL junkie tweeted a stone cold fact.

Can’t argue with the facts. What about Prosper though?

And just to rub salt in the Cheshire Phoenix wounds

Some serious shots there. After all that broke out, Cheshire Phoenix announced via their Twitter page that Prosper had indeed been released.

BACK TO THE NBA…

Minnesota Timberwolves guard Ricky Rubio will be out indefinitely with USA Today and multiple outlets reporting that the Spaniard could be out for up to eight weeks.

Rubio could be sidelined for seven to eight weeks, according to USA Today.

Coach Flip Saunders said Rubio would be on crutches the next 10 days to two weeks and will then be reevaluated. He would not confirm speculation Rubio could be out as many as two months.

Rubio was injured in his team’s game at Orlando on Friday night. An MRI exam performed Saturday confirmed the severity of the sprain.

“He’s in good spirits,” Saunders said before Minnesota faced the Miami Heat, not long after Rubio hobbled into the arena on crutches with a boot protecting his ankle. “He feels good. Anyone who knows Ricky, he went through his knee situation a few years ago, he’s an extremely hard worker. So he’ll get back. If anyone is going to get back as soon as they can, he’d be a guy that would.”

Rubio agreed to a $55 million, four-year contract extension with the Timberwolves on Oct. 31. He entered Saturday as one of only four players with at least 50 assists this season.

CUBAN: OKC SHOULD TANK THIS SEASON

Dallas Mavericks owner Mark Cuban has said that Oklahoma City Thunder should tank this season. But specifically, for superstars Kevin Durant and Russell Westbrook to sit out the remainder of the season.

There’s a lot of crazy things that Cuban wants if he were to run the NBA empire. This idea, is just plain silly.

Cuban said he would not consider it a breach of NBA integrity if the Thunder essentially bagged this season to improve their odds of winning a title in the near future.

“The question I don’t think anybody has asked is, why don’t they pull a David Robinson and try to get Tim Duncan?” said Cuban, speaking before the Mavericks hosted the Miami Heat.

Cuban was referring to the 1996-97 San Antonio Spurs, a 20-win team that played a critical role in laying the foundation for the franchise’s five NBA championships.

Robinson played only six games that season, missing the start of the season with a back injury and sitting out the remainder after breaking his foot in late December.

As a result, the Spurs’ seven-year playoff streak was snapped, giving them a lottery ticket that turned into the No. 1 overall pick in Duncan. The Spurs won their first title two seasons later.

“We already specialize in a race to the bottom,” Cuban said. “More participants won’t change anything. They’re all high-profile participants.”

Thunder coach Scott Brooks laughed off the thought of sitting his stars when asked about it after Sunday’s 101-93 win over the Sacramento Kings.

“I didn’t see those comments, but no,” he said. “That’s funny, though. But no, we’ve got a good group of guys in here. It’s fun going into games knowing we’re going to play with great effort, that we’re going to be throwing our bodies all over the floor, that we’ll be diving on the floor for loose, and that’s what our fans want to see. They understand we’ve had a lot of injuries … they know it, but they like what the guys are going. They like that the guys are competing, that’s what makes fans proud of our group.”

The death was confirmed Sunday night by Kiki Vandeweghe, who said his father died of natural causes at his home in Newport Beach.

Ernie Vandeweghe averaged 9.5 points and 4.6 rebounds in 224 regular-season games for the Knicks from 1949 to ’56. In college, he averaged 19.1 points per game in four seasons at Colgate.

“I am so lucky to have spent so many years with him learning and growing,” granddaughter CoCo Vandeweghe, a pro tennis player ranked 40th in the world, said in a Facebook post Saturday. “He is now in a better place with his beloved wife. He will be missed dearly. Love you Pal.”

Born in Montreal, Vandeweghe went to medical school while in the NBA and was a physician in the U.S. Air Force. He was chairman of the President’s Council on Physical Fitness and Sports and served on the Olympic Sports Commission. He also was the Lakers’ team physician when the team moved to Los Angeles from Minneapolis.

“He’s never really gone because the lessons are still there,” said Kiki Vandeweghe, who as a 5-year-old didn’t understand why his physician father would often be gone on weekends.

“He used to take care of the athletes and their kids. I found out he never charged any of those people. When you can afford to give back, you do.”

Kiki Vandeweghe played 13 seasons in the NBA and was a two-time All-Star who averaged 19.7 points per game for his career. Daughter Tauna won a U.S. swimming championship in the backstroke and competed in the 1976 Montreal Olympics. Son Bruk was a beach volleyball player, and daughter Heather captained the U.S. women’s polo team. Coco is Tauna’s daughter. 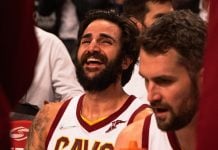