Spain forward Pau Gasol has told reporters that he will be 100 percent to face France on Wednesday despite on-going groin issues that plagued him for the majority of last season.

Gasol admitted that he wasn’t as healthy as he wanted to be after Saturday’s 89-56 win over Senegal, where the new Chicago Bulls recruit had a game-high 17 points, shooting an incredible 80 percent from the field, which included a perfect 8/8 from inside the three-point line.

The tournament hosts now have three days before they face France for the second time in this World Cup. They defeated Les Bleus 88-64 in group play in Grenada. The two teams also met in last year’s Eurobasket in Ljubljana, where the French won in overtime, en route to claiming the European title.

Pau wasn’t in the team that had to settle for bronze in Slovenia, as he looked to rest in order to play a full season in the NBA but also play for Spain at the FIBA World Cup.

There’s no doubt in Gasol’s mind that France will be a different proposition in the capital on Wednesday.

“France are a tough team,” Gasol said. “We know they’re going to come out and compete hard, so we have to be ready.” 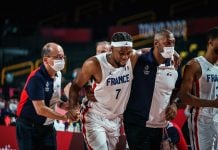 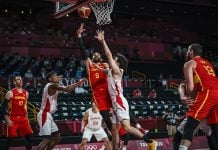 Lakers have Reggie Bullock on the list of potential additions, per...