Your daily dose of gossip from basketball world.

Rivers out of LA maybe?

With the Los Angeles Clippers dominating the basketball headlines this week, it comes as no surprise that some are now thinking about their futures with the club. One of them: Head coach Doc Rivers.

The former Celtics coach, in his first season with the Clippers admitted to media in Oakland on Sunday after the 118-97 loss to Golden State that he isn’t sure about what lies next for him in LA. “I don’t know,” was his simple answer when he was asked the question, post-game.

Magic Johnson to buy the Clippers?

Continuing with the Clippers theme. Magic Johnson, the man that was caught in the Sterling racism angle has told Yahoo Sports that he is interested in purchasing the Los Angeles Clippers along with his billionaire backers, the Guggenheim Partners.

Johnson, a former Los Angeles Laker and hardcore Laker fan was interested in purchasing the Lakers, but the Buss family have informed him that the franchise is not for sale. Magic, who already has shares in Major League Baseball side, the LA Dodgers is willing to change his colours, so that he can make Los Angeles the ultimate NBA powerhouse.

Bulgarian side Levski Sofia are the newest members of the Adriatic League and will replace Hungarian side Szolnoki Olaj, who will compete in their domestic league as of next season.

The news was announced at an end-of-season party at the ABA Finals venue of Belgrade where KK Cibona were crowned champions.

21-year-old Polish prodigy Mateusz Ponitka has declared for the 2014 NBA Draft, and has sent his documents to the league offices.

Ponitka currently plays his club basketball in Belgium playing for Telenet Oostende. He currently averages 10 points a game, shooting 52 percent from the field.

Katsikaris to be named new head coach of Greece?

Fotis Katsikaris is set to be named the new head coach of Greece according to Greek media.

Katsikaris formally coached Bilbao and was supposed to lead Russia into Eurobasket last summer in Slovenia, but famously quit before the tournament began. 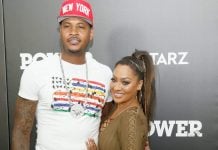