According to ESPN’s Adrian Wojnarowski, the organization has begun a “formal search process to hire a new top executive with full authority on basketball decisions.”

According to The Athletic’s Sam Vecenie, it’s a position that should appeal to a lot of front-office executives around the NBA:

It’s clear, though, that the Bulls need a change in leadership. The Bulls are currently 22-43, putting them eight games behind the Orlando Magic (30-35) for the eighth seed in the Eastern Conference. 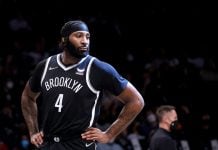