The NBA season is well underway, and the opening weeks have already delivered plenty of surprises, from the indifferent performances of the Lakers to the surprising form of the Pelicans. Sports fans across the land are getting more deeply involved this season than ever, thanks to the ease with which they can place a bet, either on specific games or with a long-term view on how the regular season will pan out.

It’s easy to get carried away and to think you can outsmart the bookies, especially if you score a win or two. But the world of NBA betting is strewn with potential traps for the unwary. If you’re betting on the NBA this season, or considering doing so, be wary of these common errors that have caught so many fans out.

Avoid strong favorites on the spread

When rookie sports bettors have mastered the basics of how to bet on NBA games online, many basketball fanatics fall in love with spread betting. That’s no bad thing – when you have a strong favorite, the moneyline makes little sense as backing the favorite means a small return and backing the underdog means you’ll probably lose.

With the spread, the favorite must win by a certain margin. Backing them to do so often leads to disappointment, however. Coaches and teams don’t care about the spread, and the favorites will often take their foot off the gas when they are winning. When you see a significant points spread of, say 10 or more, you’ll often get better value from backing the underdog.

Pro sports bettors look at factors that go beyond form. In the NBA, the schedule is so frantic that travel and changing timezones can have a huge factor on performance. When you think about it, this is obvious, but it’s something that novice NBA bettors often fail to take into account.

Houston’s unlikely fightback to overcome the visiting Atlanta Hawks over Thanksgiving was a demonstration of this principle in action.

Fatigue is a factor in back-to-backs

This follows on from the previous point. NBA stars are athletes at the peak of fitness. However, they are not machines, and that is something that amateur punters sometimes overlook. Back-to-back games can be grueling, and history has shown time and again that players fatigue and make more errors in the second leg of a back-to-back.

You might argue that this affects both teams. That’s true, but for reasons already mentioned, the visiting team is likely to feel it more. Also, more mistakes means less scoring, with a direct impact if you are backing the over/under bet.

If you want to back a long shot outsider to make the playoffs, then by all means, get your money down early for the best odds. But when betting of a specific game, hold off as long as you can.

Laying down your dollars two days before a game only for a star player to be sidelined and the odds to shift dramatically is a common novice error that seasoned NBA gamblers seldom make. 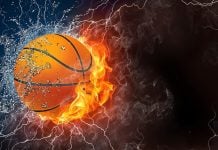 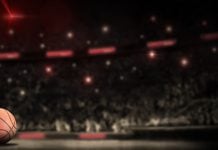 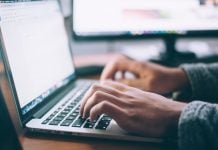