Big man Kenneth Faried has inked a contract with the NBA G League.

Per league insider Marc Stein, the signing could also pave a way for the veteran to return to the NBA even for a 10-day hardship deal, as the G League tourney remains on hold and will only continue on Jan. 5 next year.

As the number of players being signed for a hardship deal has skyrocketed amid the COVID-19 threat, Faried is certainly an aspirant to suit up and hoping to be sought by several shorthanded teams around the league. He recently parted ways with CSKA Moscow on Dec. 17 after averaging 2.6 markers and 2.3 boards per game.

In his seven seasons within the association, Faried has represented three different teams in the likes of Denver Nuggets, Brooklyn Nets and the Houston Rockets. Throughout his NBA career, he has had an average of 11.4 points, 8.1 rebounds, and 54 percent field accuracy. 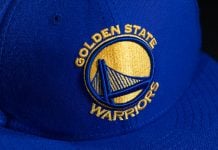