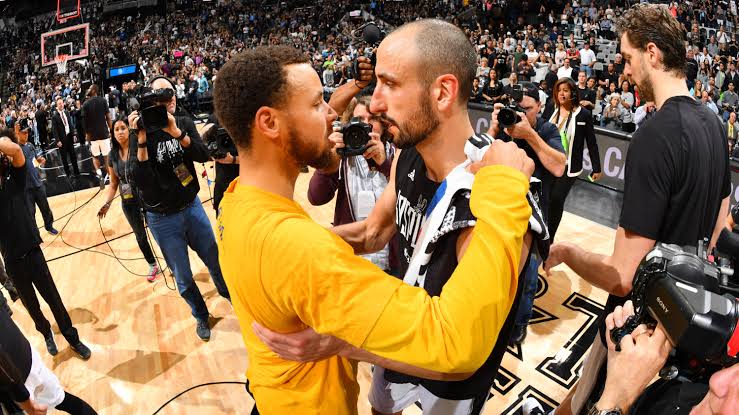 The undisputed pride of Argentina, Manu Ginobili, is a legend of his own. A decorative player flashing four NBA championship rings, an Olympic gold medal, and a EuroLeague title, his talent and reliability makes him a winner and a remarkable one in basketball history. Attacking through the lane with that signature euro step, no one can stop him from penetration and grabbing points as much as he can. His intelligent demeanor and crafty abilities made him a frustrating foe to deal with — tactically clinching fouls while demonstrating a well-rounded offensive game as a scorer and a floor general.

Entering into the league as a 2nd rounder in 1999, no one in the United States except Gregg Popovich and the San Antonio Spurs have seen his immense potential. As such, playing in Europe in the early part of his career made him a polished player — oriented by collective style of play and a fast-paced game. But transitioning into the NBA’s landscape, Manu took some time to adapt at a much slower pace. Nevertheless, a special one like him have managed to become a star sixth-man.

And now, happily retired, the Spurs great has nothing but being imaginative — wishful that he was playing in today’s era.

Answering queries in the celebration of the 75th season of the league, Ginobili said that if he can play in any period, he will choose the current ones.

“If I could choose which era, I’d like to play now. Fast paced. A lot of threes. A lot of possessions.”

“I would have loved to have played in this time and be 28 [years old] now.”

There’s no wonder that an agile and dynamic one like Manu would carve his way in today’s NBA. He will feast inside with those shifty gears and power his way through the rim with contact. His excellent playmaking and unpredictable passes will literally leave an exciting impression amongst the crowd. As tough as nails, he can eventually become a switchable player on the defensive end while predicting the passing lanes tremendously.

Often being cited as the first James Harden, the Argentine icon, suiting up and mixing in the present condition of the league, is a spectacular one to think about.

Ginobili is currently a special advisor and donning a player development role in San Antonio. He recently appeared in ‘NBA Lane’ short film as a celebration of the league’s 75th anniversary.