Mike D’Antoni opened up about James Harden and his lack of offensive involvement late in Game 6 vs the Thunder.

The head coach of the Houston Rockets said the team should help Harden get more shots in crunch time ahead of Game 7.

There were turnovers that probably shouldn’t happen, so we’ll talk about it. I’ve talked to him, and he knows. He’ll be ready to go tomorrow. But it is definitely something that we want to get it to happen, without a doubt,” D’Antoni told reporters, via Tim MacMahon of ESPN.

Harden had 32 points, eight rebounds and eight assists in Game 6.

Game 7 will take place on Wednesday. 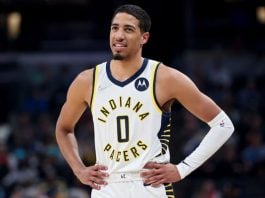