The Olympic Qualifiers in Belgrade and Turin have begun with the games in Manila to commence tomorrow as eighteen nations battle for the three remaining spots (one in each city) for next month’s Rio Games.

Greece used a 10-0 second quarter run to pull clear of Iran, and ease to a 78-53 win in the opening game of the qualifiers in Turin.

A 29-25 lead for Greece soon became 39-25 late in the second period as Giannis Antetokounmpo went 7/8 from the field en route to a team-high 16 points against an Iranian side that rarely troubled them after that period of the contest.

And the European nations made it two for two in Turin as hosts Italy stepped up a gear in the third quarter as they thrashed Tunisia 68-41.

Leading by just two points in the closing stages of the second, Marco Belinelli drained a three to extend Italy’s lead to 32-27 at the half. From there, it gave the Azzuri the momentum that it needed as they outscored Tunisia 22-2 in the third to put the game out of the African side’s reach.

Latvia began their Olympic qualifying campaign with a resounding 88-48 win over Japan in Belgrade.

Japan simply couldn’t match Latvia’s energy or physicality inside, as they left their Baltic opponents open on the perimeter far too often and the size of Latvia meant that they could boss the inside at will as well.

Hosts Serbia got the better of Puerto Rico 87-81 in their opening encounter but let their guard down in the fourth quarter, allowing their central American counterparts to make the score respectable.

Leading comfortably 71-53 with eight minutes remaining, Serbia took their foot off the gas and allowed Puerto Rico back into the game late on, but thankfully, the gap was too large to make the game closer. 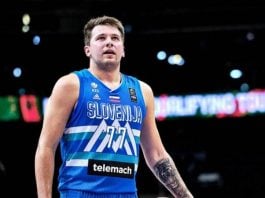 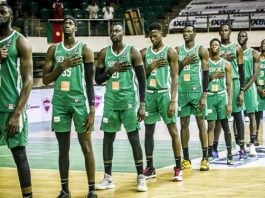