Across North America, basketball is one of the most popular sports with millions of passionate fans. Nothing can beat the thrill of a live NBA game, cheering on your favorite team and players, but not everyone agrees on who is the “GOAT”.

Although it’s known that most teams are actually American, there are a few Canadian teams. The most successful is the Toronto Raptors, who famously won the Playoffs back in 2019 defeating Steph Curry’s Golden State Warriors.

The Raptors maiden win made basketball skyrocket in popularity in Canada. As a result, Canadian fans are just as crazy about the NBA as their American counterparts. The passion is so intense that fans spend billions of dollars on sports betting in Canada, seeing the industry grow by 123% over the past year.

We all frequently discuss who’s the greatest basketball player of all time, and there are many names who always come up. Here’s a rundown of 3 names that top most fans lists!

The One That Started It All: Earl Manigault

Often regarded as the greatest basketball player to never play in the NBA, Earl Manigault was the original GOAT. Born in 1945, he made his name in Harlem where he was regularly playing basketball at playgrounds hustling other players. Manigault, although short for basketball, only being 6” 1” was lightning fast, agile, and had a huge leap, which allowed him to create innovative ways to score.

His nickname was “the GOAT”, not in the sense of what the acronym means – greatest of all time, but because one of his teachers would mispronounce his name – and it stuck.

According to NBA legend Abdul Jabbar, “Manigault was an artist as good at basketball as Beethoven was at piano”. Nonetheless, Manigault never fulfilled his potential, being expelled from high school for smoking marijuana and later squandering his talents for a life of drug addiction and crime.

The One That Rocked Our Worlds: Michael Jordan

One of the greatest players of all time, whoever you ask. It’s fair to say that Michael Jordan was born to play basketball. He started his career for the Chicago Bulls, and finished playing at the Washington Wizards.

Jordan was the third pick of the 1984 NBA draft and subsequently went on to win the NBA playoffs 6 times. Furthermore, Jordan represented the United States at the Olympics in 1984 and 1992, both times winning the gold medal.

Moreover, MJ won the individual award of Most Valued Player (MVP) 5 times, and had an illustrious career as a shooting guard. In total, Micheal Jordan scored 32,292 points in the NBA putting him 5th all time top scorer.

Many fans believe Jordan was the GOAT because he was impossible to defend against. Even the Los Angeles Lakers owner stated that Jordan is the greatest of all time, as well as Shaquille O’Neal and Charles Barkley.

The One That Inspired Us All: Kobe Bryant

Kobe Bryant nicknamed “black mamba” is a legend in the NBA. He’s the all time leading scorer in Lakers history and made his debut in 1996 at 17, as the second youngest player ever at the time.  In total, he’s the NBA’s 4th leading scorer, only behind Abdul Jabbar, LeBron James and Karl Malone. Kobe loved to break records, as he is also the youngest ever player to reach 20,000 points in the NBA – aged 29.

Many regard Kobe as the GOAT because of his scoring. He had 1 eighty point game, 6 sixty point games, 26 fifty point games, and 134 forty point games. In addition to being a prolific scorer, he was a serial winner, winning the NBA 5 times, and the MVP award once. Bryant also won Olympic gold for the United States in 2008 and 2012.

He was a one team man and had an ultimate work ethic, being a great model. Moreover, Kobe was heavily involved in charity work, helping to build homes and basketball courts for the underprivileged. Tragically, in 2020, Kobe Bryant died in a California helicopter crash, with his daughter and the pilot. Basketball fans around the world mourned his passing, and remembered him for the brilliance he showed on the court. 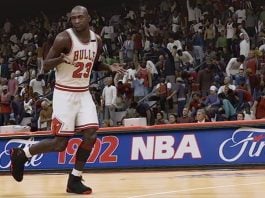